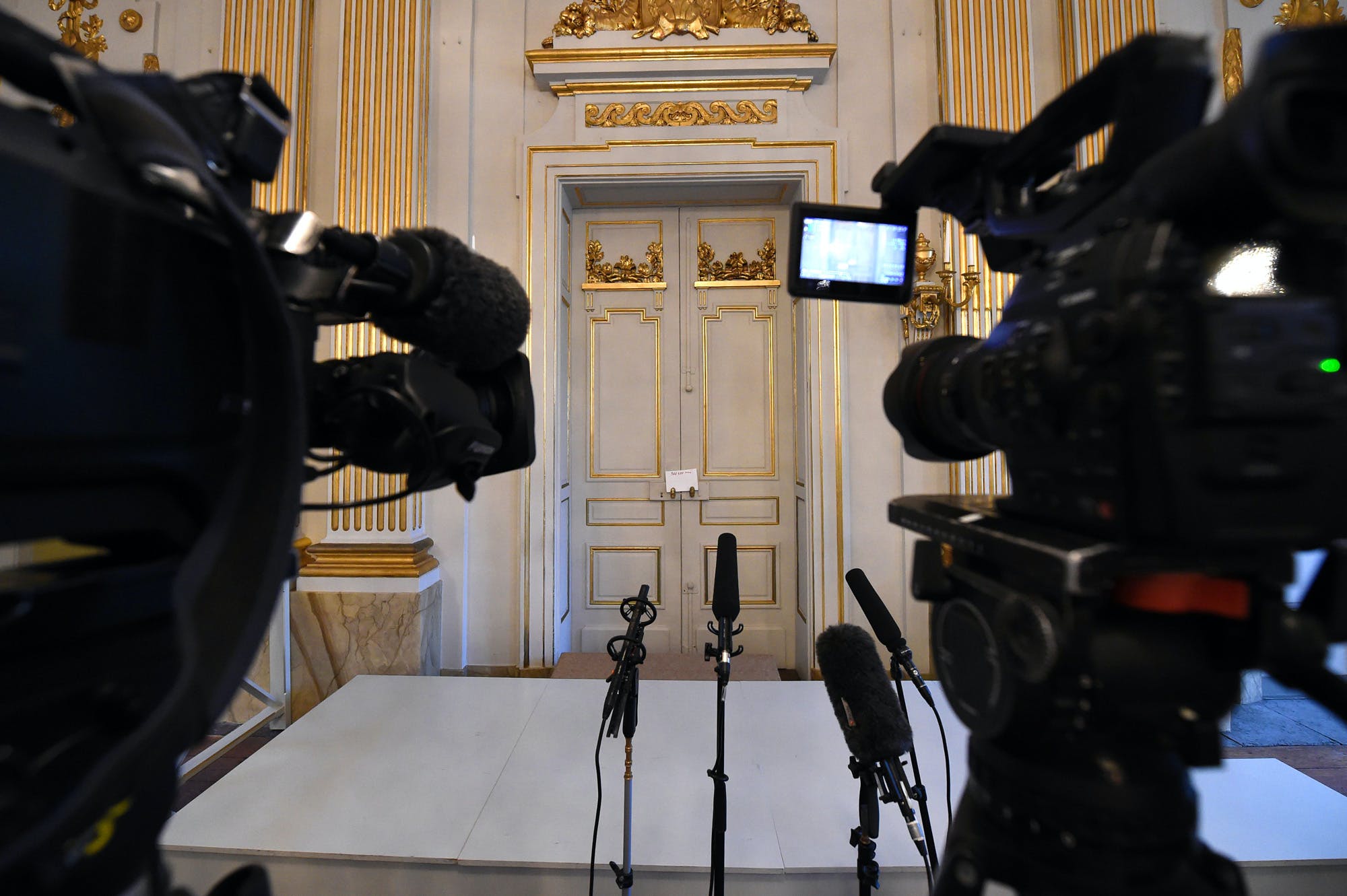 Video cameras at a press conference to announce the winner of the 2016 Nobel Prize in Literature at the Swedish Academy in Stockholm, Sweden, on October 13, 2016.

I don’t know who will win this year’s Nobel Prize for Literature, but I know what they should say when their phone rings tomorrow with the good tidings from Sweden: “Thanks, but no thanks.”

October is the season of the Nobel Prizes, when a handful of people are catapulted into fame and fortune due to the philanthropic legacy of the inventor of dynamite. Four of the six prizes named after Alfred Nobel are uncontroversial — physics, chemistry, medicine, and economics — but the peace and literature prizes arouse passions. There is good reason to be dubious of the peace prize, which has gone to some great people and organizations but also went to Henry Kissinger and Aung San Suu Kyi. Yet it’s the literature prize that, in its current form, has definitely outlived its usefulness and caused great damage.

Last year, the Nobel Prize for Literature was awarded to Peter Handke, an Austrian writer who created a set of impressive literary works in the first part of his career but since the 1990s fell into a morass of genocide denial. In recent decades, Handke wrote at least a half-dozen books and plays that downplayed and denied the genocide committed by Serbs against Muslims during Bosnia’s war. Handke even attended the funeral, and delivered an eulogy, for the former leader of Serbia, Slobodan Milosevic, who died while on trial for war crimes.

Literary awards have consequences in the real world. The Serb ultra-nationalists whom Handke defends are heroes to violent white extremists throughout Europe and in the United States. By giving a Nobel prize to Handke, the Swedish Academy, which selects the literature winner, essentially ratified a conspiracy theory embedded in his work: that Muslims represent a threat to Christians they live with. Handke’s genocide-denying books, rather than being relegated to the rubbish, were vested with the authority of the Nobel Prize.

The Swedish Academy is a strange organization. It has just 18 members who are appointed for life and who select new members by secret ballot — and the country’s king must approve them. The decision to give the 2019 prize to Handke is not the only evidence of the organization’s unfitness to manage the literature prize. The Academy had to postpone the 2018 award because of revelations that for decades it had abetted sexual harassment and rape by the husband of one of its members. Once that scandal broke open, thanks to the investigative work of journalist Matilda Gustavsson of Dagens Nyheter, the dismal response of the male-dominated Academy included forcing out a female member, Sara Danius, who was pushing for sweeping reforms in its ranks.

In a way, we can be thankful for these scandals because they are reminders of the need to implement a root-and-branch reform of the Nobel literature prize. For much of its existence, the prize generally served as a referendum on the best in Western literature. For that task, the 18 members of the Swedish Academy were a serviceable jury. But more than ever, the reach and aspiration of the Nobel literature prize is truly global. It is laughable and tragic that an award of such influence should be controlled by a tiny and secretive group of Swedes, let alone ones who have shown themselves to be abettors of sexual assault and genocide denial.

The Nobel Foundation, which oversees all the Nobel Prizes, would do the world a huge favor by firing the Swedish Academy. I don’t have a precise proposal for a replacement, but it would seem wise for a world literature prize to be decided by a diverse jury for whom non-European languages — such as Chinese, Hindi, Arabic, and Urdu — are first or second languages. And it would be wise to not have these jurors appointed for life, because unassailable privilege is an inherent force of rot.

It is expected that tomorrow the Swedish Academy will announce a “safe” choice who will not invite criticism — that is to say, an individual who unlike Handke does not support genocide and is not European and is not male. The Academy, in this scenario, will have ridden out its scandals and shown that it can do the job. But let’s not be fooled. The Swedish Academy is fatally flawed. It will do wrong again because it cannot surmount its inherent limitations.

It’s the moment to challenge corrupt institutions rather than thank them.

The Nobel Foundation has not shown a willingness to do what it should. That’s why whoever wins the award should refuse it — to force a desperately needed change that would benefit the world’s readers and writers. The refusing writer would become materially poorer by passing up the nearly $ 1 million prize money, but they would probably become more famous and, who knows, that could lead to more book sales. Writers are supposed to be forces of conscience, so standing up to the Swedish Academy would be fitting. It has happened before: In 1964, Jean-Paul Sartre refused to accept his literature Nobel.

That’s a lot to ask for, of course. There is a halfway point — accept the award but ceaselessly call out the Swedish Academy, which has little backbone. Bob Dylan, the literature laureate in 2016, didn’t even issue a statement of thanks and sent Patti Smith to the award ceremony, and he still got the check. The year is 2020, a time of emergency. It’s the moment to challenge corrupt institutions rather than thank them.

Correction: Oct. 7, 2020
An inaccurate reference to the Nobel Foundation being based in Oslo has been removed.