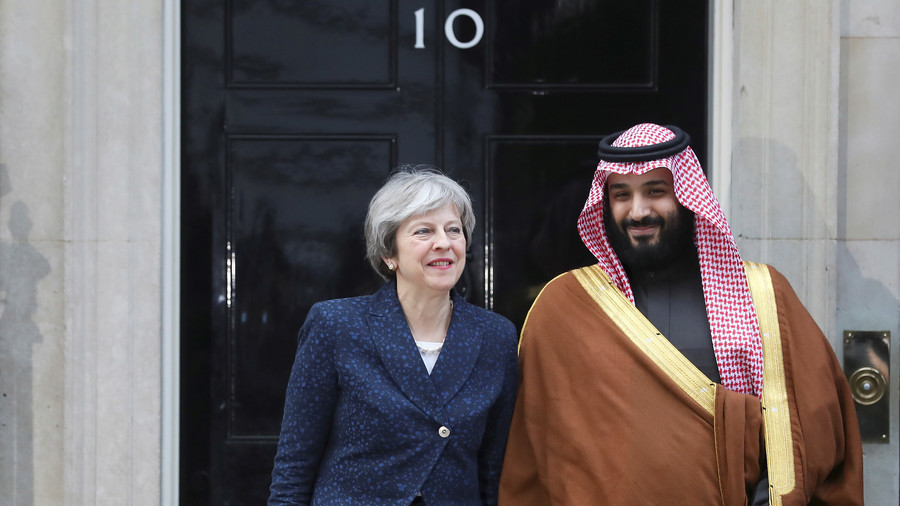 PM Theresa May has refused to back calls from key US figures for a ceasefire in Yemen – where UK ally Saudi Arabia carrying out an air campaign partly with UK bombs – instead backing a ‘de-escalation’ of the conflict.

During PMQs on Wednesday, May was encouraged to back a United Nations resolution that demanded an immediate ceasefire in the war-ravaged country, after the US increased pressure on the Saudi-led coalition and the Houthi rebels.

US Defence Secretary James Mattis said all parties must come to the negotiating table within 30 days, while Mike Pompeo, the US Secretary of State went further, telling them to immediately end the airstrikes.

Asked whether she supports the fresh calls from the US, May could only assert: “We certainly back the US call for de-escalation in Yemen,” and maintained that the UN statement issued earlier this year calling for all parties to agree steps towards a ceasefire was still the UK’s position.

“As the foreign minister [Alistair Burt] said in the House yesterday, a nationwide ceasefire will only have an effect on the ground if it is underpinned by a political deal between the conflict parties,” May added.

In a statement Pompeo said missile and drone strikes launched by the Iran-backed Houthi rebels against Saudi Arabia and the UAE should stop, and the Saudi-led coalition must cease air strikes in civilian areas of Yemen.

“The time is now for the cessation of hostilities, including missile and UAV strikes from Houthi-controlled areas into the Kingdom of Saudi Arabia and the United Arab Emirates,” Pompeo said, using an acronym for unmanned aerial vehicles.

“Subsequently, Coalition air strikes must cease in all populated areas in Yemen,” he added.

Labour criticized May for failing to support the US calls and condemned the UK’s ongoing support for the Saudi-led coalition in Yemen.

A spokesman for Jeremy Corbyn said: “It’s quite clear that the prime minister is not supporting the call for an urgent ceasefire by the US administration, which has called for a ceasefire within 30 days.

“It highlights the role the British government has played in supporting the Saudi-led coalition’s bombing of Yemen and the advice given to the Saudi military by British forces.”

The Armed Conflict Location & Event Data Project (ACLED) have estimated that 56,000 people have been killed in armed violence in Yemen since January 2016. The number is over five times more than the widely reported which have stood at 10,000 for the last two years.