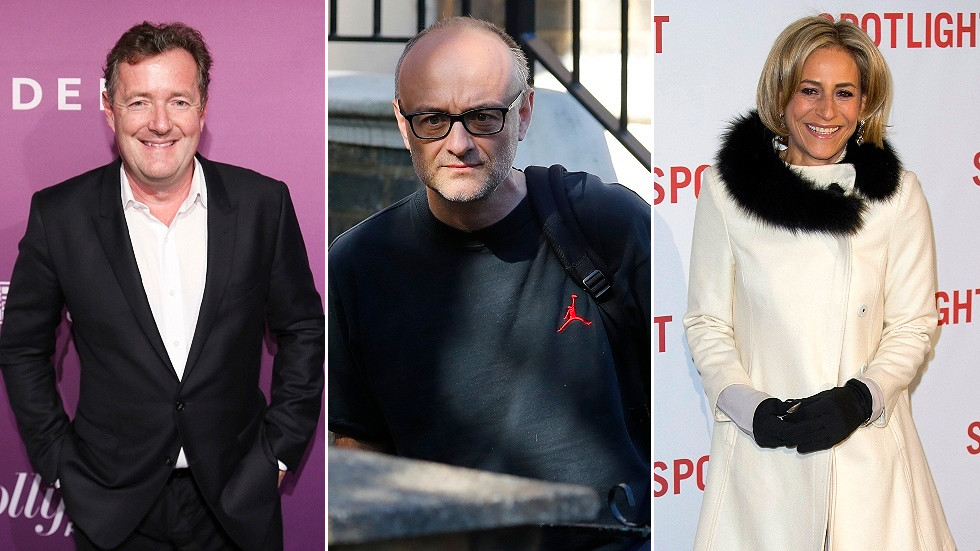 TV presenter Piers Morgan has lashed out at the BBC after the public service broadcaster rapped their Newsnight host Emily Maitlis for her stinging Dominic Cummings intro – claiming that she was only telling “the truth.”

Morgan took to social media on Friday morning to mock the BBC’s assertion that Maitlis had overstepped the mark with her damning assessment of the UK government’s handling of the Cummings saga, adding that luckily for him his “ITV bosses are made of tougher stuff.”

Emily told the truth & it’s pathetic of the BBC to throw her to the wolves like this.

If you want to see what real ‘overstepping the mark’ is, I suggest you tune into @GMB on Monday. Emily told the truth & it’s pathetic of the BBC to throw her to the wolves like this. Fortunately my ITV bosses are made of tougher stuff. https://t.co/0vyto0YUrp

Maitlis delivered a savage introduction on Tuesday’s episode of Newsnight to sum up the previous few days that had seen PM Boris Johnson’s special adviser embroiled in a scandal over violating Covid-19 lockdown rules.

The 49-year-old told viewers: “Dominic Cummings broke the rules – the country can see that and it’s shocked the government cannot.”

The intro went viral but her BBC bosses were quick to rebuke Maitlis and the Newsnight editorial team for not meeting “our standards of impartiality,” saything that “staff had been reminded of the [BBC] guidelines.”

Maitlis hasn’t made another TV appearance on the weekday political magazine show since, but has posted two tweets – one in which she thanked well wishers and another to praise her replacement Katie Razzall for stepping in after Maitlis had “asked for the night off.”

Cummings found himself at the center of a huge political storm this week after it was revealed that he drove 250 miles from London to Durham with his ill wife and four-year-old child, while the UK government was telling people to stay home and make no unnecessary trips as part of its lockdown measures.

An investigation by UK police concluded that there was a “minor breach” of Covid-19 regulations by PM Boris Johnson’s top aide Dominic Cummings, when he and his family traveled 26 miles from Durham to Barnard Castle to “test his eyesight,” but that no retrospective action would be taken against him.

Also on rt.com Cummings made ‘minor breach’ of Covid-19 lockdown rules, but no action will be taken – UK police