Rory Stewart, the longtime rank outsider for PM, now gaining serious momentum in the leadership race, has attributed his popularity… 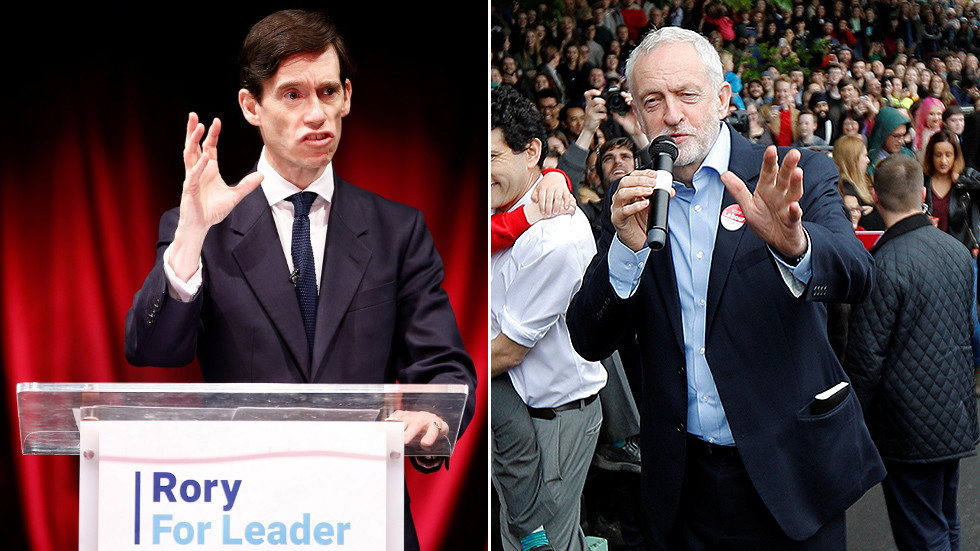 Rory Stewart, the longtime rank outsider for PM, now gaining serious momentum in the leadership race, has attributed his popularity down to street campaign tactics employed by Jeremy Corbyn, to the delight of liberal journalists.

Eton-educated Stewart is currently putting the frighteners up the likes of Environment Secretary Michael Gove and Home Secretary Sajid Javid, in a bid to derail the hot favorite Boris Johnson from a Tory leadership procession. He’s currently 10-1 second favorite for the top job.

Also on rt.com ‘We will bring him down’: Tory leadership outsider Stewart warns BoJo against suspending parliament

Stewart credits Labour leader Jeremy Corbyn for seeing in a return of “old-fashioned politics” whereby politicians interact with the public around the country out on the street. Despite insisting he is poles apart from Corbyn on economic and foreign affairs matters, Stewart concedes there are similarities with the socialist leader.

Speaking on BBC Radio 4, Stewart, who is currently the subject of intrigue around whether or not he was previously a spy for MI6, claims Corbyn has tapped into something that has re-enthused people’s appetite for politics that he seeks to replicate.

One of the things he has done is he has completely transformed the party membership – quadrupling the number of members. He simply did it because he enjoyed talking to people and he believes in what he said.

Liberal journalists have been lapping up Stewart’s performances in front of the media and public. It’s a stark contrast to how they reacted to the ‘outsider’ in the Labour leadership contest of 2015, which saw Corbyn victorious.

Political commentator Jane Merrick, who has been a consistent critic of Corbyn’s leadership, has taken to Twitter to ask if the Tory Party don’t want Stewart, “can the rest of us have him?” While ITV’s political editor Robert Peston recently posted an image of the Tory MP for Penrith and The Border, ostensibly in awe of admitting his fallibility, claiming “@RoryStewartUK is clever.”

If the Conservative Party don’t want Rory Stewart can the rest of us have him?

Conservative MPs cast their ballots in the second round of voting on Tuesday afternoon, with Stewart and the other leadership hopefuls, needing to gain the support of 33 backers to progress to the next stage of the contest. A new PM will be installed the week commencing July 22.