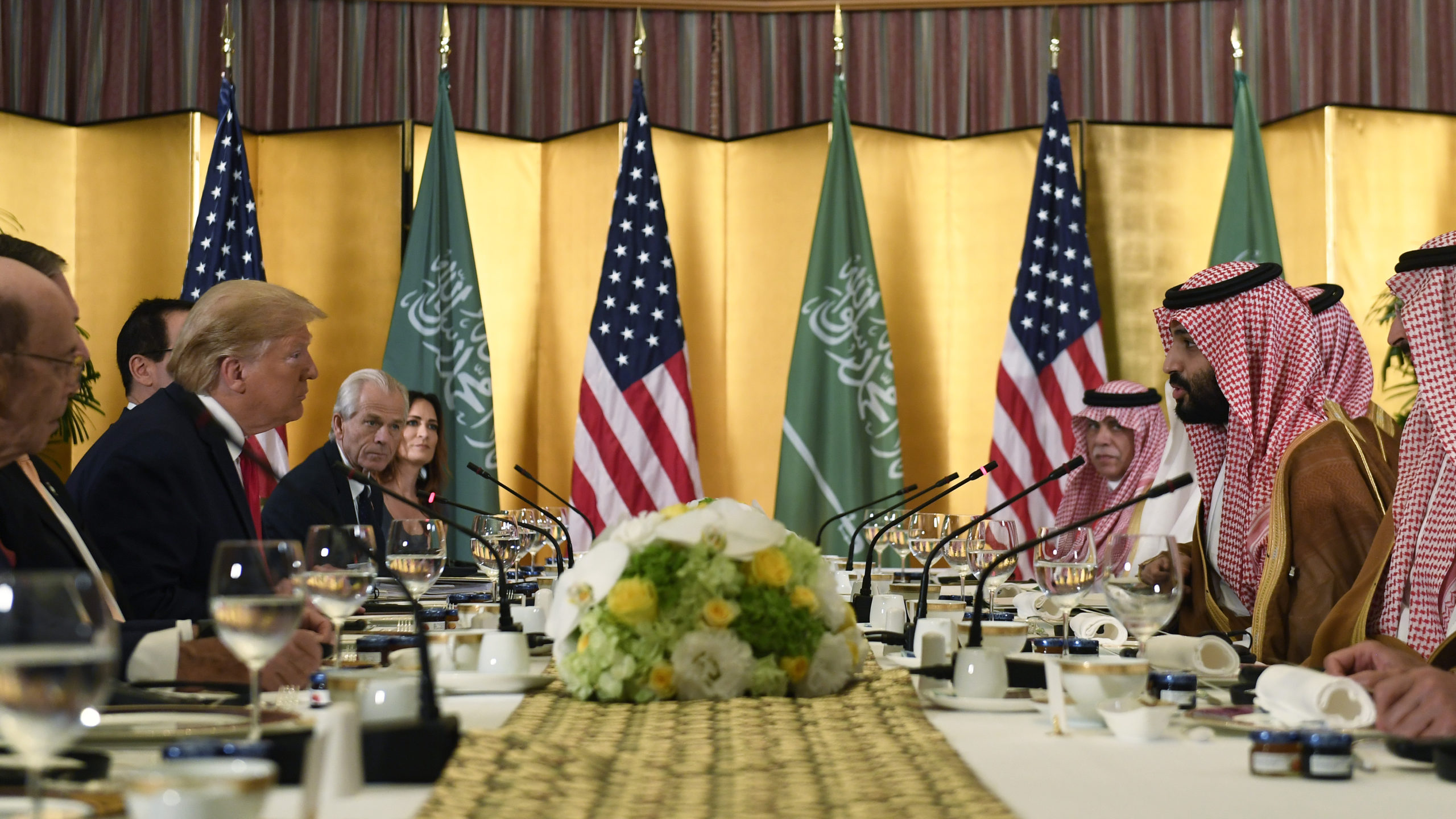 The Trump administration has decided to break the 33-year-old Missile Technology Control Regime (MTCR) treaty in order to sell high-tech American drones to whomever it wants. First on that list, Reuters reports, are Saudi Arabia, the United Arab Emirates, Jordan, and Romania, with sales to begin almost immediately.

The move will doubtless signal the end of the MTCR, a longstanding international agreement with 34 signatories designed to stop the spread of nuclear missiles and other weapons of mass destruction. Most of the developed world, including Russia, has signed up to its principles. However, the Trump administration’s abrupt shift is another example of the policy of escalating the likelihood of international conflicts.

Last year, Trump unilaterally withdrew the U.S. from the Intermediate Range Nuclear Forces (INF) treaty, an accord signed between President Reagan and Soviet General Secretary Mikhail Gorbachev, stating that he would “move forward with developing our own military response options.” In April, the White House also destroyed the Open Skies Treaty, an agreement that allowed the world’s major players to freely observe each other from the air, increasing knowledge and understanding of everyone’s capabilities, thereby limiting the risk of accidental nuclear war between the East and West. And last month Trump indicated that he would let the New Strategic Arms Reduction (START) Treaty expire in January, allowing the U.S. to rapidly increase its supply of atomic weaponry. This has already begun, as the first batch of low-yield nuclear warheads was delivered to the military in January. Novel weapons like these were specifically mentioned in the Pentagon’s latest budget report for the need for new weaponry to confront China and Russia.

Part of the move appears to be an attempt to force enemy states like Russia and China to react by developing their own nuclear arsenals, thereby crippling their economies through a costly military buildup. “We know how to win these races and we know how to spend the adversary into oblivion. If we have to, we will,” Marshall Billingslea, the president’s Special Envoy, told a think tank in Washington, D.C. last month.

In January, the Bulletin of Atomic Scientists moved their famous “Doomsday Clock” – a measure of how close we are to the end of the world – to 100 seconds to midnight, the most perilous moment in human history, citing the “dangerous rivalry and hostility among the superpowers increases the likelihood of nuclear blunder.” The fact that world experts believe that we are closer to annihilation than even during the Cuban Missile Crisis gained only moderate public attention.

However, those in the know are deathly afraid. An example of this is an article in the U.S. foreign policy journal Foreign Affairs, co-written by the (American) ex-Deputy Secretary-General of NATO, Rose Gottemoeller, describing Trump’s recklessness as “a chilling sign of how dangerous the world has become.” Things have become so serious that Gottemoeller even portrayed Vladimir Putin as a man of peace and one of the only adults in the room, not something NATO leaders are often prone to do.

On the decision to sell drones to Saudi Arabia, Heidi Grant, the Pentagon’s Director of Defense Technology Security Administration, argued that the machines would help the Kingdom fight terrorism and help stop threats reaching the United States. However, others argue that Saudi Arabia is itself one of the leading terrorist states in the world.

Since 2015, a Saudi-led coalition has been attacking nearby Yemen, creating what the United Nations has called the world’s worst humanitarian crisis, where 24 million people desperately need aid and nearly 10 million are suffering from “extreme levels of hunger”. Yemen, the UN laments, has “all but ceased to exist” as a state. The country’s Ministry of Agriculture estimates that there have been at least 10,000 airstrikes against farms, 800 against local food markets and 450 against food storage facilities in the last four years, meaning that much of its soil is now so toxic it cannot sustain life. The United States has supplied, trained, aided, and defended the Saudi attack, yet it has not been able to destroy the Houthi rebels, partially due to a lack of commitment from their forces. Unmanned drones would likely significantly help the coalition.

In addition to pulling out of treaties, Trump has also threatened both Iran and North Korea with nuclear annihilation while also increasing its aggression in Latin America, supporting a successful coup in Bolivia and many unsuccessful ones against Nicolas Maduro in Venezuela.

“The novel coronavirus pandemic should serve as a powerful reminder of the fragility of the international system. This is exactly the wrong moment to undermine or weaken other key components of that system, especially in the nuclear realm,” Gottemoeller concluded. Trump, however, appears keen to greatly increase the scope for U.S. arms manufacturers, regardless of the cost to the rest of the world.

Trump to CIA: Say Goodbye to Your War on Terror