A Sky News TV presenter who ridiculed his guest live on air, leading to the climate change activist storming off,… 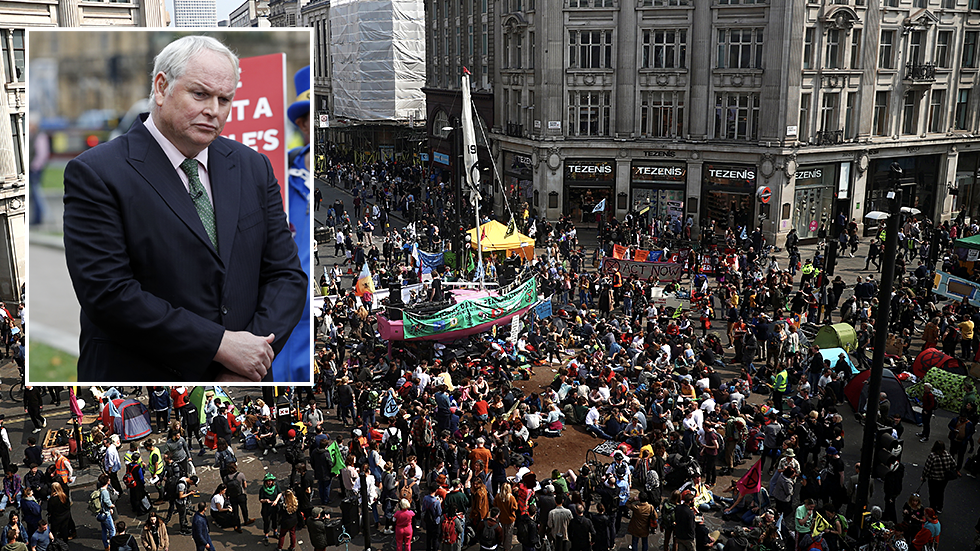 A Sky News TV presenter who ridiculed his guest live on air, leading to the climate change activist storming off, has prompted a backlash on social media for his “rude” and “disgraceful” journalism.

Adam Boulton, who is officially Sky News’ editor-at-large, was conducting an interview with Extinction Rebellion (XR) campaign coordinator Robin Boardman on the issue of the recent climate change protests in London.

Taking Boardman to task on the rights and wrongs of targeting London’s underground tube system on Wednesday, Boulton, who was seemingly irritated by the environmental group’s disruptive tactics launched a fiery tirade against his young guest.

You’re a load of incompetent middle class, self-indulgent people who want to tell us how to live our lives. That’s what you are isn’t it?

Responding to Boulton’s accusations, the climate change activist ploughed on articulating his message and defending the group’s actions, before rising hurriedly from his chair and walking in front of the camera and off set.

This wasn’t right, Adam Boulton.
The government isn’t doing enough to tackle climate change. That’s a fact. The recycling system in Belgium blows ours out of the water. So while I might not agree with everything he said, treating the guy from #ExtinctionRebellion like that…🙁 pic.twitter.com/T1yb4lmpzZ

The incident prompted much criticism of the Sky News anchor on social media, particularly with regards to his “middle class” insult.

One Twitter user made fun of Boulton’s “incompetent” slur, remarking that the environmental activists were “so incompetent they landed a segment on national TV and Sky’s flagship programme.”

So incompetent they landed a segment on national tv and Sky’s flagship programme.

Appalling – I’m so done with our mainstream media!

Can’t be the only one who thought Adam Boulton was extremely rude and bang out of order with how he treated the lad. He’s trying to make a difference where people who can aren’t. It was grossly offensive how he spoke of him and the people involved in the protest.. Disappointed.

Guardian journalist Owen Jones called the interview “completely unprofessional, rude, aggressive, Trumpian, without even a hint of impartiality. This is Fox News level.”

Also, if I was Adam Boulton and educated at Westminster School, one of the most prestigious public schools in Britain, I might go easy on denouncing others for being “middle class”?

Others on social media defended Boulton’s interview, including a Sky News producer, who ostensibly concurred with his colleague’s “middle class” label of the climate change activists.

Protecting the environment from impending doom should be top of everyone’s agenda – regardless of class. Feeling empowered to cause misery to millions of people belies a sense of entitlement, which has been the reserve of the middle class… ☕️

The #ExtinctionRebellion have the right message, but the wrong means of communicating it. Unnecessarily rude as he was, @adamboultonSKY is right to call this protest “self indulgent” – it will win no-one to the cause, but alienate/anger many who would otherwise be sympathetic.

It comes as environmental protesters have, on Wednesday, glued themselves to a DLR train in the financial district of Canary Wharf, London, causing minor delays.

Over 300 people have been arrested this week over the protests.