The UK’s coronavirus measures will be toughened to tackle the threat of Covid-19 variants from abroad, after the country’s death… 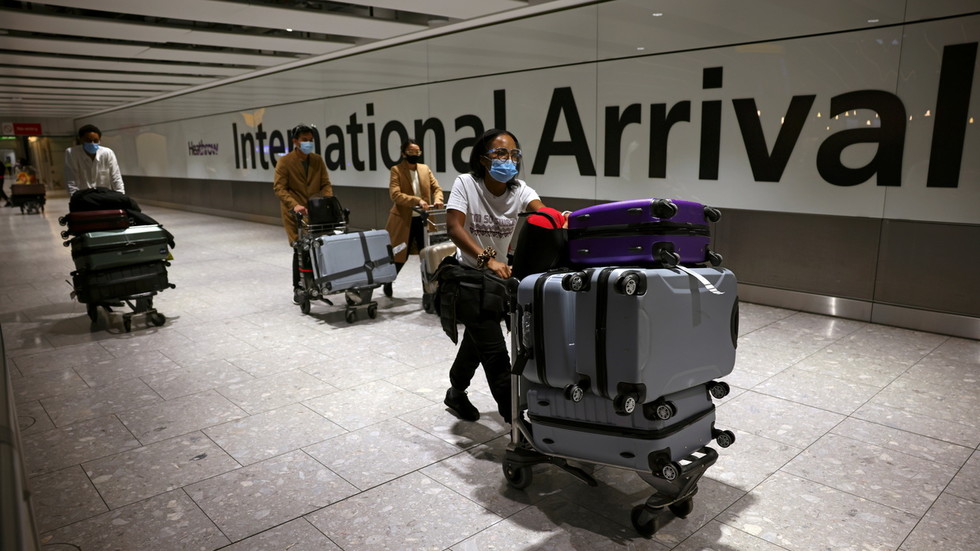 The UK’s coronavirus measures will be toughened to tackle the threat of Covid-19 variants from abroad, after the country’s death toll from the pandemic climbed above 100,000, Prime Minister Boris Johnson has said.

“The Home Secretary will be setting out later today even tougher measures for those red-list countries where we are particularly concerned about new variants,” Johnson told parliament during Prime Minister’s Questions on Wednesday.

Under the UK’s current travel rules, arrivals into the country must provide a negative Covid-19 test from within 72 hours before their departure and a passenger locater form, while those arriving in England must self-isolate for 10 days.

Home Secretary Priti Patel will outline further restrictions later on Wednesday after the discovery of two new Covid-19 variants in Brazil and another in South Africa.

The measures will see hotel quarantine measures brought in, forcing arrivals to the UK to self-isolate at hotels near airports, where they will be supervised by security guards, according to a report in the Times, citing government sources.

Some 30 high-risk countries will be added to a so-called “red list,” the report says, including South Africa and Brazil, as well as other South American countries, Cape Verde and Portugal – due to their travel links with Brazil.

On Tuesday Johnson said he was “deeply sorry” as the number of people to have died from Covid-19 within 28 days of a positive test reached 100,162, as a further 1,631 deaths were reported.