Furious Brits have accused their government of being a lapdog for Washington, after it was inadvertently revealed that the UK… 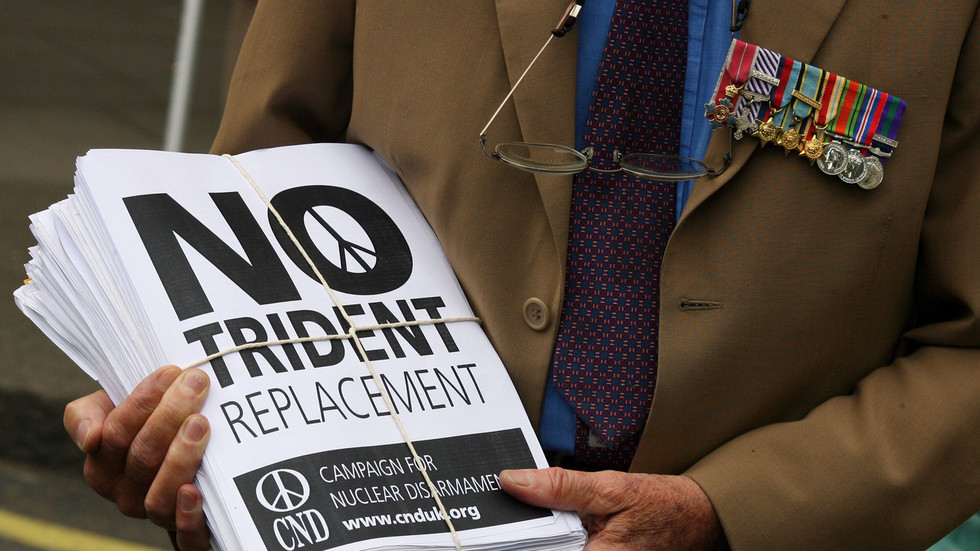 Furious Brits have accused their government of being a lapdog for Washington, after it was inadvertently revealed that the UK had quietly inked a nuclear weapons deal with the US, forgoing public debate.

The Pentagon recently disclosed that Britain has agreed to purchase new US nuclear warheads to replace Trident, its own homegrown nuclear program. However, the deal came as a surprise to British lawmakers, who were reportedly kept in the dark about the nuclear weapons.

The agreement, which involves the US sharing the technology used in its W93 sea-launched warhead, is expected to cost billions of pounds.

A spokesperson for the ministry of defense declined to go into detail about the deal, stating only that Britain has a “strong defense relationship with the US” and remains committed to having nuclear capabilities compatible with US technology.

Also on rt.com We may have to use nukes if I don’t get more cash – UK Defence Secretary Williamson

While some hailed the secretive deal as necessary to ensure NATO’s nuclear deterrence capabilities, the move was blasted by opposition parties. Ed Davey, acting leader of the Liberal Democrats, said it was outrageous that the pricey tech transfer was being carried out with “zero consultation and zero scrutiny.”

He blasted the Tory government, arguing that “Johnson increasingly looks like putty in Trump’s hands.”

MP Stewart McDonald, who serves as the Scottish National Party’s spokesperson for defense, said that Defense Minister Ben Wallace should face Parliament and answer for the secrecy behind the deal. Fellow SNP member Douglas Chapman cautioned the US and UK against “spending too much time” on the deal, claiming Scotland would soon gain its independence.

A quite astonishing story – even more so that we learn about it from the Pentagon, which raises its own questions. ⁦@BWallaceMP⁩ should come to parliament tomorrow to answer for this. The sooner this ‘sovereign capability’ is scrapped, the better. https://t.co/oB9KLyVAIj

A Green Party official expressed similar disillusionment, describing the incident as an example of “how it feels to live in a failed democracy.”

“We really are the 51st state of America,”lamented one Twitter user.

Another comment argued that, in the eyes of the US military, the UK is little more than a “static aircraft carrier” to be used for its own purposes.

In USA military terms, GB was always described as the static aircraft carrier moored on the western edge of Europe.

Others jokingly suggested that the secretive program was nothing out of the ordinary.

“That’s the price of [a] ‘special relationship’!”, read one reply, referring to the fabled close bilateral ties between Washington and London.