Theresa May has revealed a piece of advice she ignored from US President Donald Trump. POTUS told her not to… 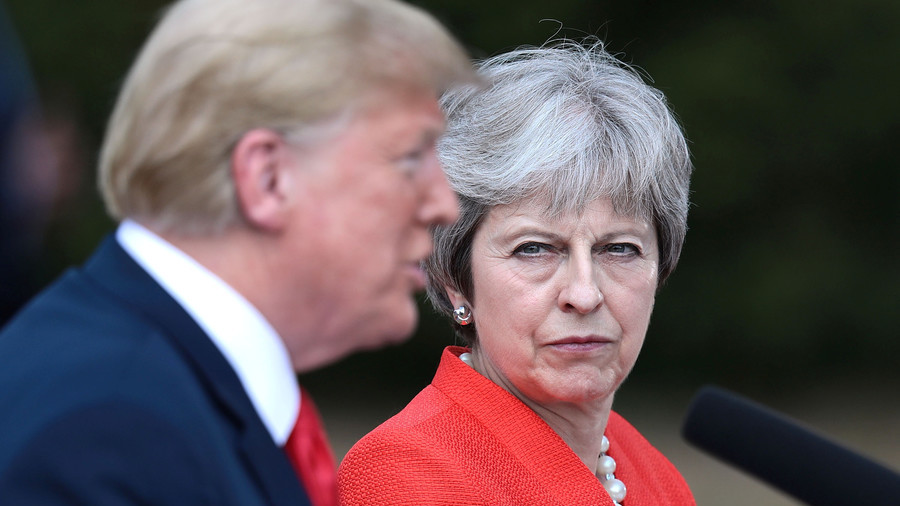 Theresa May has revealed a piece of advice she ignored from US President Donald Trump. POTUS told her not to enter into negotiations with the European Union; instead, she should sue the bloc as part of her Brexit strategy.

Revealing the surprising suggestion on the BBC’s Andrew Marr program on Sunday, May appeared to stifle what appeared to be a chuckle of disbelief at Trump’s outlandish idea. “He told me I should sue the EU,” she said. “Sue the EU. Not go into negotiations – sue them.”

With a wry smile, May continued to outline the path that she actually chose, and allowed Trump’s absurd suggestion to fall to the wayside. “Actually, no,” she said. “We’re going into negotiations – but interestingly – what the president also said at the press conference was ‘Don’t walk away.’

“Don’t walk away from negotiations, because then you’ll be stuck. So, I want us to sit down to negotiate the best deal for Britain,” said May.

The prime minister revealed the juicy tidbit days after Trump raised eyebrows in the UK when a recording emerged of him saying that May had ignored his advice, and in doing so put any trade deal with the US under threat.

After meeting Theresa May at Chequers last week, Trump backtracked at a press conference by saying he would do “whatever it takes” to sign a deal with the UK. During Friday’s press conference, Trump repeatedly referred to advice he had given to the UK PM on how she should go about negotiating Brexit.

“I gave her a suggestion and I think she found it too brutal,” he said.