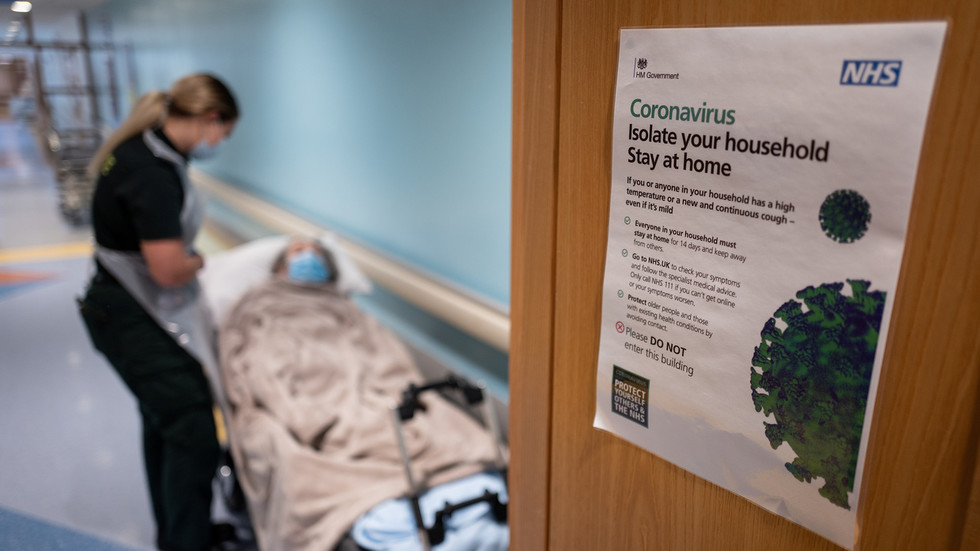 A British journalist was accused of callousness and stupidity after sharing NHS figures showing that Covid-19 “mostly kills the very old & the very sick,” and arguing that the young and healthy should go on with their lives.

Talkradio host Julia Hartley-Brewer drew fire and fury online by injecting some statistics into the incendiary ‘lives v the economy’ debate. “Just 377 healthy people under 60 have died of Covid. That’s not a typo. There are no zeros missing,” she tweeted, sharing a post by columnist Paul Embery.

And for the hard of understanding virtual signallers, that doesn’t mean “to hell with the old and sick”. It means the Great Barrington Declaration was and is correct: help the millions of old & sick to shield while allowing the young & healthy (& our economy) to carry on living.

The figure is accurate, if outdated. The latest weekly update from the National Health Service (NHS) England, up to December 23, puts the number of people under 60 who have died from Covid-19 in hospitals, and had no prior conditions, slightly higher – at 388.

Despite the difference, Hartley-Brewer’s point still stands, which is: “help the millions of old & sick to shield while allowing the young & healthy (& our economy) to carry on living.”

The take was met with much rage online, including from people who seemed to ignore her ‘no, I am not saying let the old and sick die out’ disclaimer and rushed to topple the straw man. Hartley-Brewer pushed back against some of those comments, calling them “disingenuous or wilfully stupid” and sharing a few personal attacks made against her.

These people are either totally disingenuous or wilfully stupid. It’s hard to decide which sometimes. This one may be both. https://t.co/gvMartdvbw

No you didn’t. My parents are in their late 70s and they’re not expendable either. But the country shouldn’t be locked down to protect them.

She didn’t seem as ready to reply to more nuanced criticisms, however. Covid-19 creates problems on many fronts. For example, hospital cases drain the limited reserve of medical resources and labour. “Flattening the curve” to prevent overwhelming the healthcare system was the initial rationale for social distancing rules and lockdowns, before both issues got highly politicised in some Western countries. At the moment, over 18,000 hospital beds in England are occupied by Covid-19 patients, who have their own pool of beds that are separate from other patients.

….but like all disasters, for every death we can expect many more people to be injured and survive. And so it is with COVID-19. Most hospitalised patients will survive but they will take a long time to recover. Many will experience so-called ‘Long COVID’. 3/10

There is also an argument to be made that protecting the economy by allowing less vulnerable people to take the risk and go on with their lives may not be viable long-term. Many survivors develop lasting ailments from the coronavirus, and they will be less productive and more costly to society for years to come. So, straightforward comparisons of lives lost and percentages of GDP shrunk for various scenarios may be misleading.

That said, the Boris Johnson government doesn’t seem to have done a good job of convincing the public that its response to Covid-19 was justified and necessary. Between doom-laden death projections, top officials getting caught flouting their own health guidelines and a broken promise for a relief for Christmas, one can see how some people think that the people in power are simply messing with their lives without a good reason.