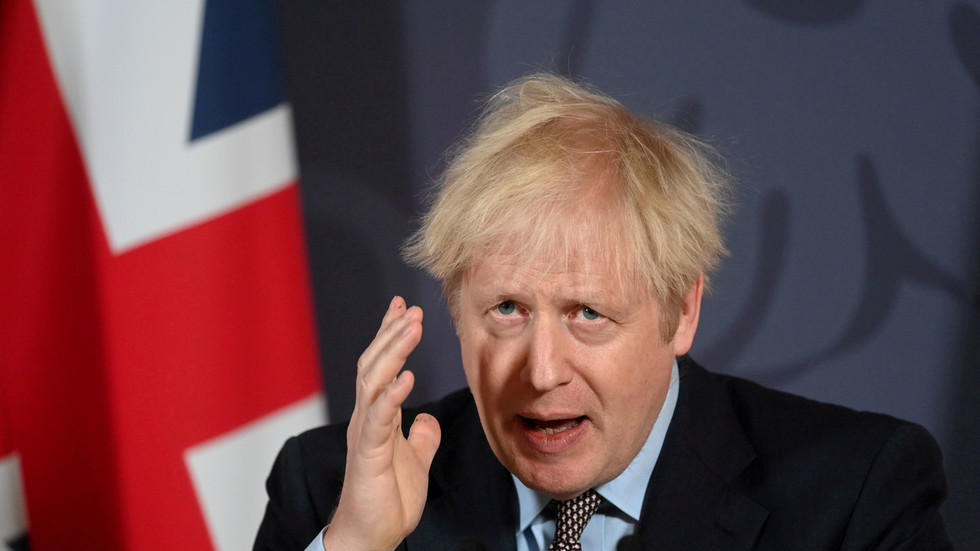 British Prime Minister Boris Johnson has dismissed concerns over the Oxford-AstraZeneca vaccine as he announced he would himself soon be inoculated with the Anglo-Swedish jab, as the UK’s Covid-19 vaccination campaign pushes on.

Speaking to the House of Commons on Wednesday, Johnson said he had finally been called up to get his Covid-19 vaccine.

Asked whether he thought European nations had made a political decision in suspending the AstraZeneca jab and disregarded scientific evidence, Johnson said: “Perhaps the best thing that I can say about the Oxford-AstraZeneca vaccine programme is that I’ve finally got news that I’m going to have my own jab very, very shortly.”

“It will certainly be Oxford-AstraZeneca that I will be having,” he added.

There are currently two vaccines being used in the UK, the Pfizer jab and the homegrown AstraZeneca vaccine. Normally Britons do not get to choose which vaccine they wish to have.

As a resident of the Cities of London and Westminster, it is highly likely that Johnson will be inoculated at the temporary jab administration centre in the historic Westminster Abbey, close to the Houses of Parliament.

The AstraZeneca vaccine has come under severe scrutiny over the last week as nations around Europe suspended its use amid concerns the jab caused blood clots in a very small number of cases. Thailand also temporarily suspended its use, but has since resumed administering its AstraZeneca doses.

The European Medicines Agency (EMA) said on Tuesday that initial data suggest there is “no indication” the AstraZeneca jab caused blood clots after a number of thromboembolic events were recorded in people who had been inoculated. A further update is expected from the agency on Thursday.

Also on rt.com Half of British adults to be inoculated against Covid-19 by week’s end, says UK minister, reassures that jab is ‘safe’

On Wednesday the World Health Organization (WHO) reaffirmed its backing for the Anglo-Swedish jab. “At this time, WHO considers that the benefits of the AstraZeneca vaccine outweigh its risks and recommends that vaccinations continue,” it said in a statement, adding that the reported side effect is the “third most common cardiovascular disease globally.”

UK authorities have insisted the vaccine is entirely safe and that there have been no increased incidents of blood clots despite more than 11 million AstraZeneca jabs being administered to date around the country.