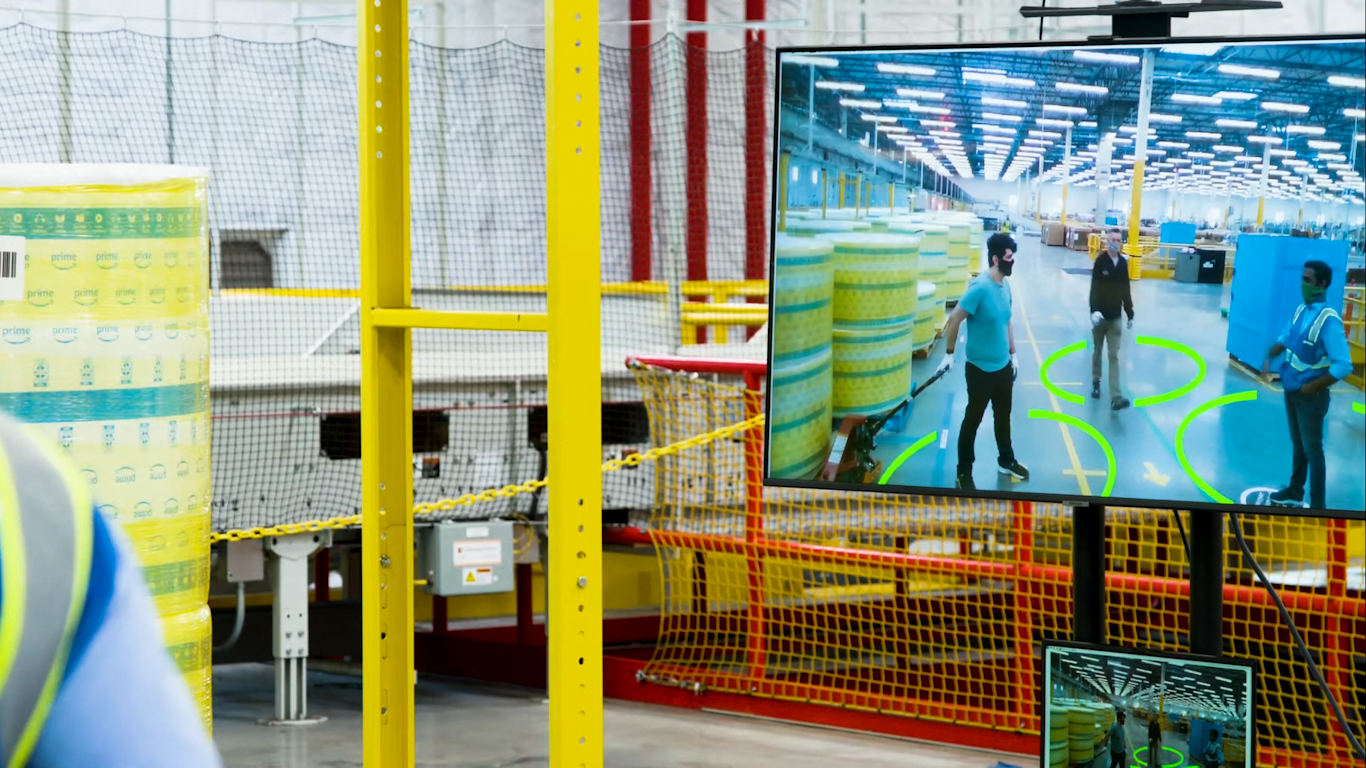 It announced the figure in the middle of a public relations statement detailing the measures it was taking to try to keep its employees safe from the virus. The company presented itself as a proactive and responsible business. “As part of this commitment, we’ve decided to publicly share the COVID-19 infection rates among Amazon front-line employees—something few if any companies and no other major retailers have done,” noted its blog post. It also claimed to be carrying out thousands of tests a day on its staff and noted that, despite the large figure of 19,816 cases, that represented a smaller percentage of positive tests than the general population. However, Amazon did not include any of its third-party delivery contractors in the figures, who number in the many tens of thousands, at least. Nor was there any confirmation on the number of deaths.

Amazon also called on other big companies to do as it had done. “We hope sharing this data and our learnings will encourage others to follow, and will prove useful as states make decisions about reopening public facilities and employers consider whether and how to bring people back to work,” they said. “Wide availability of data would allow us to benchmark our progress and share best practices across businesses and industries.”

Yet Amazon’s move may not be as bold and forward-thinking as it might first appear. The company had been widely condemned for its secrecy and refusal to release figures. On Wednesday, NBC News reported that half a million of its employees had begun to crowdsource that same information in order to build up a database to keep themselves safer. Employees also condemned the company for keeping them in the dark about co-worker infections and their lack of response to the pandemic, which included crowding hundreds of people into recreation rooms, thereby exposing them to increased risk. Thus, it appears that Amazon may have been pressured into the decision, deciding to announce it themselves rather than have it leaked by its workers. In March, the company fired an employee who organized a mass walkout at a New York City facility protesting the company’s response to the coronavirus outbreak.

A lack of funds is certainly not an excuse for the online retail giant, whose business has expanded into supermarkets, cloud computing, and streaming services. The company’s CEO, Jeff Bezos, became the world’s richest individual late last year, surpassing Microsoft co-founder Bill Gates. Bezos has seen his net wealth grow by over $ 73 billion since lockdown began on March 18 and now stands at over $ 186 billion. That means that, on average, he has added $ 370 million to his wealth every day of the pandemic. Some are predicting that by 2026 he will become the first trillionaire in world history. In January he made headlines and gained praise for donating AU$ 1 million (around 700,000 USD) to help tackle the Australian wildfires. But given his extraordinary wealth, this sum was equivalent to an average worker donating a nickel.

Amazon is not a company known for treating its employees’ welfare as its top priority. Workers feel under so much pressure that they urinate in bottles or wear adult diapers rather than risk the wrath of management. The company’s warehouses are notoriously hot, so much so that ambulances are a common sight in summer, as employees suffer from heatstroke.

Nor are workers well remunerated. In Arizona, for example, the company’s own data shows that one in three employees depend on food stamps to get by. It is the twenty-eighth largest employer in the state. However, it ranked fifth on the list for most employees enrolled in the Supplemental Nutrition Assistance Program (SNAP). It is a similar story in other states.

Thus, even as employees suffer and risk their lives during a pandemic for low pay, Amazon continues to grow, becoming among the largest corporations on the planet, with an owner who is now vastly more wealthy than any other individual in the world, outranking Gates by $ 70 billion. Can this state of affairs go on indefinitely? There seems to be no end in sight yet to his historic accumulation.

Navy Dismisses Captain Who Sounded The Alarm on Coronavirus, Signaling A Willingness to Stifle Dissent

“This Will Be Remembered as a Turning Point”: Snowden Warns Against Trump Social Media Ban