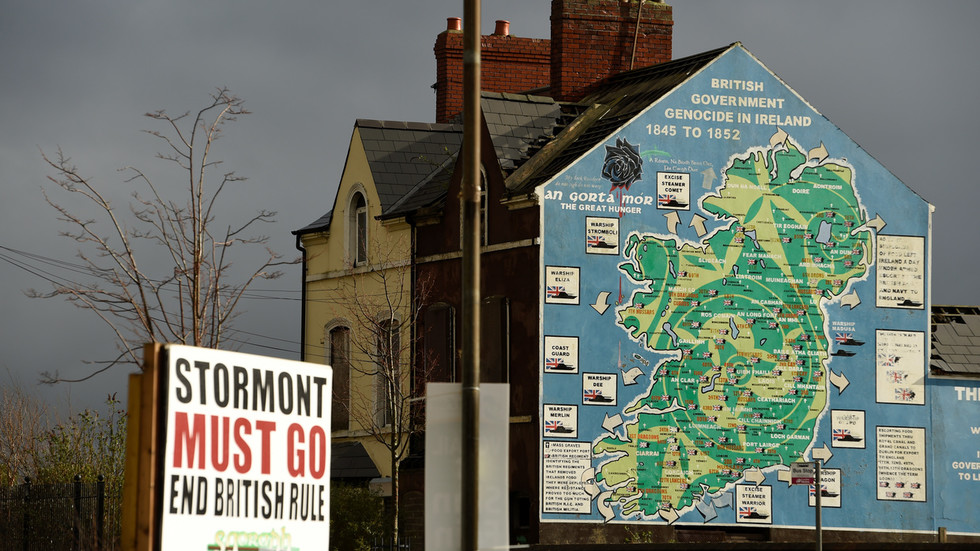 Historic election results in Northern Ireland which saw pro-Irish nationalists overtake pro-British unionists for the first time indicates the demographics of the region are moving in favor of a united Ireland, analysts told RT.

With the republican Sinn Féin holding onto all of its seven seats and the nationalist Social Democratic and Labour Party (SDLP) winning two seats – while the hardline unionist Democratic Unionist Party (DUP) lost two – parties that believe in advancing the cause of Irish unity are now in the majority.

Given that the Good Friday Agreement (GFA), signed in 1998, includes a provision for a united Ireland by referendum, nationalists will now be making it a more “pressing issue” than ever before, journalist Finian Cunningham told RT.

Cunningham said that the unionist majority in Northern Ireland was always a “legacy of British colonialism” whereby the region was gerrymandered to give the British a mandate to rule over the territory.

The Belfast-born journalist said Thursday’s election results reflect “quite a dramatic and historic shift” but added that it’s been clear for some time that the demographics were always going to move in favor of nationalists.

Cunningham noted that while British PM Boris Johnson is enjoying a crushing defeat over Labour and a decisive new majority in parliament, things are not looking good for him in Scotland or Northern Ireland, which are going in the opposite political direction to England and Wales. Both voted against Brexit by significant majorities in 2016 and are both itching for change.

Northern Ireland and Scotland will now inevitably push harder for independence from London.

Cunningham said that the election results also decreased the chances of fresh civil unrest in Northern Ireland. With the DUP weakened and no longer kingmakers in the House of Commons, Johnson will be free to go ahead with his Brexit plan to implement an administrative border in the Irish sea – rather than a hard border on the island of Ireland, which could have sparked nationalist anger and potentially republican violence.

The DUP was vehemently against a sea border, seeing it as a kind of “symbolic separation” from Britain, or a first step on the road to a united Ireland, but now that they have lost their leverage and are out of the picture, their stance isn’t politically relevant, Cunningham said.

Also on rt.com Mandate for IndyRef2? SNP expected to push for independence after landslide victory in Scotland

There is a risk that some unionists might be antagonized by a sea border and by the nationalist push for unity with the Republic of Ireland, but the likelihood of any serious violence is decreased by the fact that a hard border has been avoided, he said.

Unionists will have no choice now but to respect the democratic mandate of the people of Northern Ireland, which is pointing toward a united Ireland – something which was always going to be “inevitable” given the changing demographics, he said.

Political analyst John Laughland agreed that change is afoot in Northern Ireland and that the DUP has been weakened. Similarly in Scotland, he told RT, independence will become a “substantial issue in the years to come.”

On the issue of a united Ireland, however, he said that “nothing is inevitable in politics” and he does not see it as something that will happen soon.

“The more immediate question will be Scotland, not Northern Ireland,” he said, though he admitted that where Irish unity is concerned, “things have shifted slightly toward that outcome at some point in the future.”