The US Navy has said it will re-establish its Second Fleet, as Russia becomes more assertive. Chief of Naval Operations… 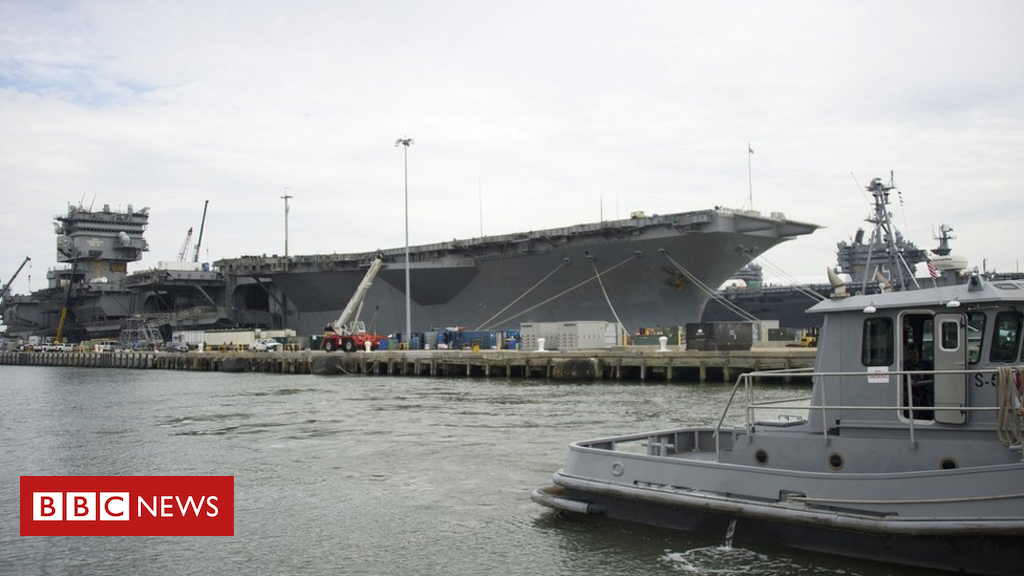 The US Navy has said it will re-establish its Second Fleet, as Russia becomes more assertive.

Chief of Naval Operations Adm John Richardson said the fleet, disbanded in 2011, would oversee forces on the US East Coast and North Atlantic.

He said the National Defense Strategy, published earlier this year, made it clear that the era of great power competition had returned.

The strategy makes countering Russia and China a priority.

The fleet, which was disbanded for cost-saving and structural reasons, will be based in its previous home – Norfolk, Virginia.

“Our National Defense Strategy makes clear that we’re back in an era of great power competition as the security environment continues to grow more challenging and complex,” Adm Richardson said in an announcement on board the USS George H W Bush at Norfolk.

“That’s why today, we’re standing up Second Fleet to address these changes, particularly in the north Atlantic.”

The re-establishment of the US Second Fleet is part of a wider strategy of re-orientating the US armed forces towards a world of renewed big power competition and away from the counter-insurgency campaigns they have been fighting over recent decades.

In this case the focus is Russia – a response to its stepped up naval activity of recent years. The new headquarters will give more coherent command arrangements for US warships operating in the Atlantic.

Nato is also planning to set up a new Joint Forces Command covering much the same region – the Americans have offered to host this in Norfolk, Virginia.

The existing pattern of US naval operations is also due to change significantly. US Defence Secretary James Mattis insists that he wants less predictable deployments, of shorter duration. Experts say a carrier strike group is likely to be deployed more frequently in European waters.

Adm Richardson added that the fleet would “exercise operational and administrative authority over assigned ships, aircraft and landing forces”.

The headquarters staff would begin with just 15 personnel, increasing to more than 200.

It has not yet been decided who will command the fleet and what assets it will include.

Norfolk has also been proposed as a host for the new Nato Joint Force Command for the Atlantic.

Nato officials say Russia has increased naval patrols in the Baltic Sea, the North Atlantic and the Arctic, and its submarine activity is at its highest level since the Cold War.

Relations between Russia and the West have deteriorated in recent months amid allegations of Russian meddling in US elections, Moscow’s support for President Bashar al-Assad of Syria and the poisoning of former spy Sergei Skripal, for which the UK blames Russia.

Neo-Nazi pedophile who plotted to kill Labour MP with machete, jailed for life