Technology companies have spent the past year in a manic sprint to reimagine (or at least re-market) their wares as coronavirus response tools, with often less than stellar results. Next up is telecom mammoth Verizon, whose latest initiative cashes in on 5G hype and Covid-19 fears and is not only technologically pointless, according to experts, but based on hardware from a Chinese military contractor that is subject to sanctions under the Iran, North Korea, and Syria Nonproliferation Act.

In a February 9 press release and accompanying video, Verizon announced a partnership with Zyter, a Maryland-based tech firm, that would bring fever-detecting cameras to Hard Rock Stadium, home of the Miami Dolphins football team. Though the word “Covid” goes unmentioned, the promotional video makes clear that Zyter’s cameras are aimed at bringing some measure of normalcy back to desperate sports fandom in the midst of the pandemic: “One of the things we all miss dearly is the in-person experience of attending live sports,” says Verizon executive Tami Erwin. “But I’m hopeful, and that’s because Verizon’s 5G platform is enabling applications for safer and more efficient stadium operations.” Zyter CEO Sanjay Govil then lays out the state-of-the-art pairing of Verizon’s super-fast 5G network and his own company’s super-accurate temperature imaging cameras, boasting how the “Zyter solution can detect temperatures of up to six individuals from 20 feet away as they walk into a stadium,” allowing staff to instantly detect who among the football throngs is feverish and potentially stopping them from spreading their infection further.

The plan is a perfect conjunction of several American pastimes, joining marketing hype, security theater, pro football, and lackluster public health strategy into one grand scheme. In the reality that exists outside of Verizon corporate communications, 5G is an underwhelming punchline. Even at the stadium, one of the few sites in the U.S. where its advertised ultra-speeds are possible, there’s nothing about Zyter’s cameras that wouldn’t have been possible with plain old 4G or existing Wi-Fi networks; processing the video feed from a thermal camera happens at the computer hooked up to the camera, not via the airwaves. But more troubling than spouting further gusts of 5G hot air, an industrywide practice of which Verizon is far from the only perpetrator, is the fact that medical and thermal imaging experts alike say that fever detection cameras often provide only the appearance of Covid-19 deterrence.

These cameras have been met with intense skepticism by those not in the business of selling them.

As has been reported over the past year, despite the crush of companies offering thermal imaging “solutions” to the coronavirus crisis, the Food and Drug Administration says, “Temperature-based screening, such as thermal imaging, is not effective at determining if someone definitively has Covid-19,” and “the systems have not been shown to be effective when used to take the temperature of multiple people at the same time.” Given that people can have a fever for any number of reasons unrelated to the coronavirus, as well as the great number of people who contract Covid-19 but never develop any symptoms, let alone a high fever, these cameras have been met with intense skepticism by those not in the business of selling them. The best-case scenario is likely that some people with fevers are flagged and sent to get an actual medical evaluation elsewhere, but security theater of the kind Verizon and Zyter are pushing in Florida could lure people into a false sense of safety from infection, powered by the immense greatness of 5G.

But beyond the conceptual inadequacies and moral squirminess of using ineffective public health technology to promote the Verizon 5G network, experts say that the underlying hardware provided by Zyter isn’t what it appears to be. In a white paper detailing the sophisticated engineering of its “Automated Mass Temperature Screening for Covid-19,” Zyter tells a story of how it “could not source a suitable, rugged, high performance camera so we developed our own” and that “proprietary camera calibration software ensures accuracy and helps identify people at higher risk for infection based on a configurable range of temperature readings.” In fact, Zyter’s thermal cameras appear to not be Zyter’s at all but rather sourced from Hope Wish Photoelectronics Technology Co., a Chinese manufacturer sanctioned by the State Department in 2019 for violating the Iran, North Korea, and Syria Nonproliferation Act, which punishes companies determined by the U.S. to have aided those countries’ weapons programs.

Zyter did not respond to repeated requests for comment. 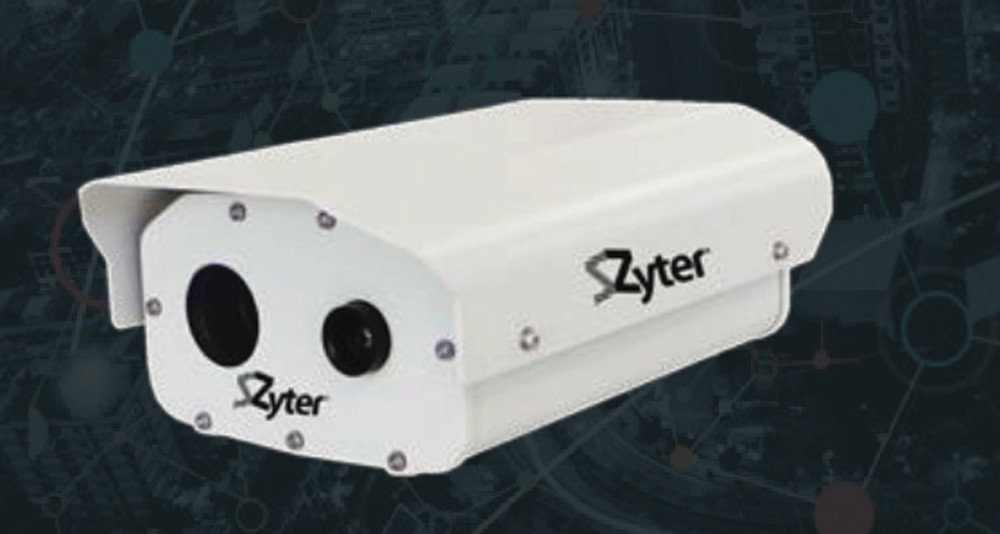 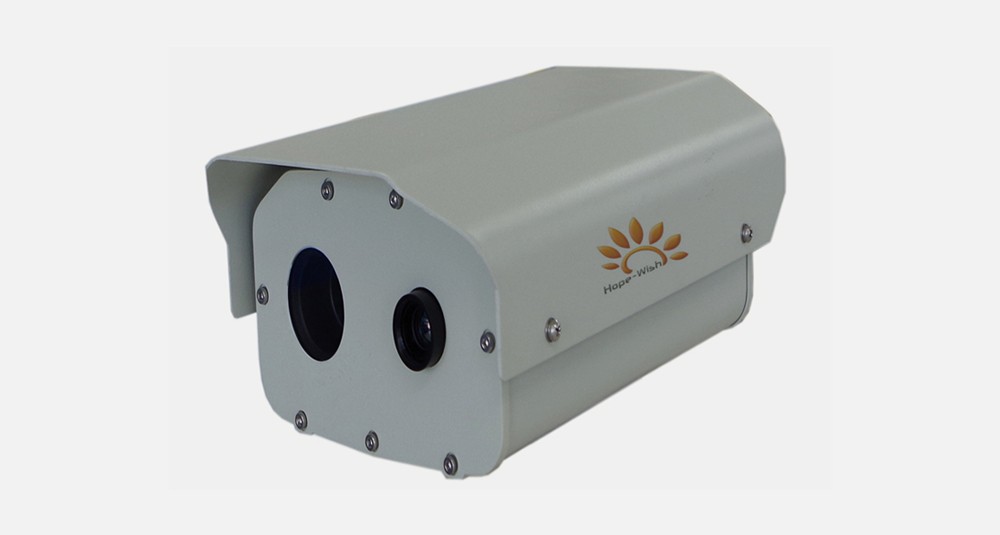 A visual comparison of Zyter’s hardware conducted by the video surveillance research publication IPVM and shared exclusively with The Intercept shows that the cameras appearing on the company’s website and Verizon’s promotional video are virtually identical to those sold by Hope Wish through Alibaba and Made-In-China.com, an e-commerce site similar to Alibaba that gives buyers direct access to Chinese manufacturers.

Thermal cameras sold by both Zyter and Hope Wish use identical connections on the rear of the hardware.

In both Verizon’s promo video and Zyter’s marketing materials, the software interface shown being used to control the “ThermalAlert” fever-check system is exactly identical to that of Hope Wish: 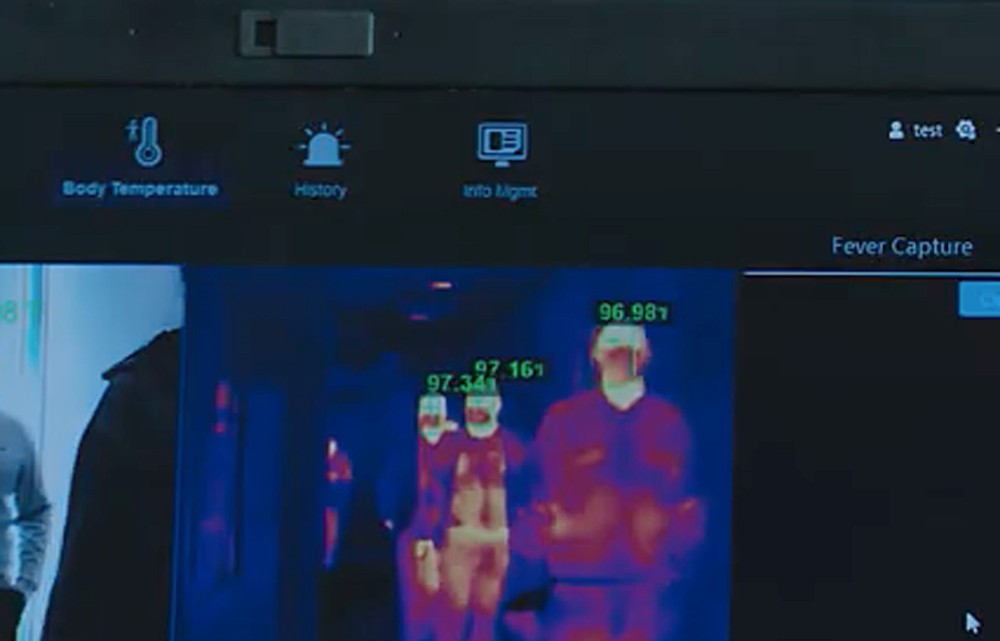 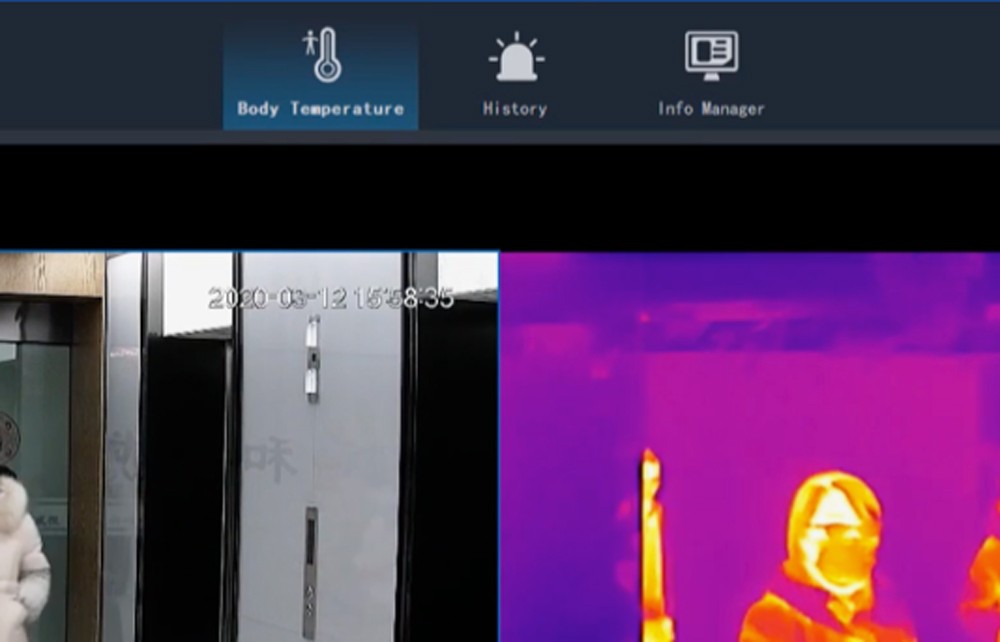 Moreover, a screenshot of Zyter-branded “Thermal Monitoring Solution” software provided to The Intercept by IPVM lists the system’s “Manufactu” [sic] as “HPWS,” an abbreviation the company uses for itself on its website, ChinaHPWS.com. 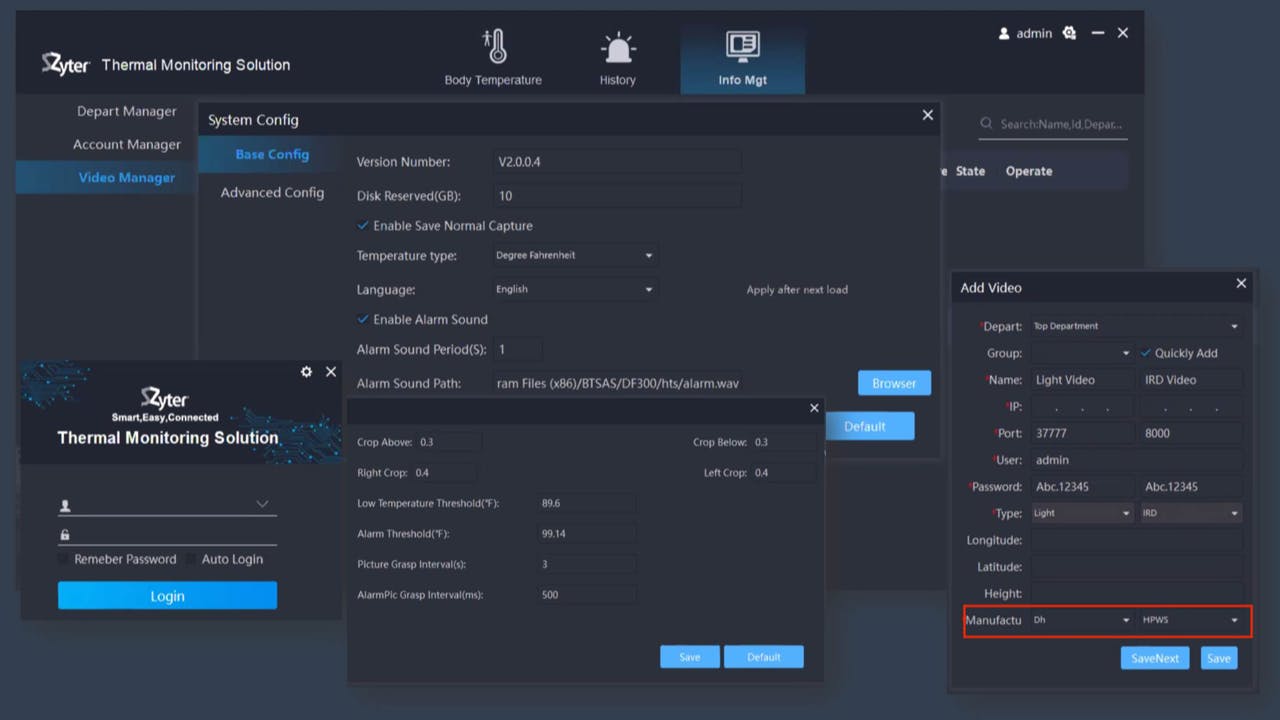 A screenshot of Zyter’s Thermal Monitoring Solution software shows that the system’s manufacturer is set to HPWS, an acronym for Hope Wish.

Like many American tech firms, Hope Wish appears to sell its wares to both military and civilian customers, but a marketing presentation publicly uploaded by the company in 2016 shows a clear emphasis on surveillance, a fraught topic in a country where such services are instrumental to the maintenance of the police state. In addition to more mundane applications like traffic monitoring and wildfire detection, Hope Wish touts its surveillance cameras use for “national defence” and “public security,” noting contracts at multiple Chinese military air fields, across the Tibetan border, and an unspecified “Xinjiang oilfield,” a locale now synonymous with the country’s brutal repression of that region’s Uyghur minority population. Still, during the present period of ratcheted-up tensions between the United States and China, and pervasive paranoia in the West aimed at Chinese products, it bears noting that only one of the above mentioned corporations has been proven to relay data to military intelligence agencies: Verizon.

Regardless of the true national origin of Zyter’s cameras, IPVM’s Conor Healy told The Intercept that the hardware simply isn’t capable of doing what Verizon is claiming it will do and falls blatantly short of the FDA’s guidelines for temperature screening. “The thermal cameras as applied in this case are entirely unsuited for temperature screening,” Healy said. “Whatever the guidelines, it’s just not possible to screen people accurately in this way, with this technology. … Doing so with enough accuracy for meaningful measurements requires highly controlled conditions.”

Security theater of the kind Verizon and Zyter are pushing in Florida could lure people into a false sense of safety from infection.

Since thermal cameras provide only a literal superficial reading of the skin’s surface temperature, as opposed to the body’s actual internal temperature, the technology is ripe for bad readings, false positives, and other technical inaccuracies. Hope Wish’s own storefront advertises an effective range of 2 meters, or roughly 6 and a half feet — far short of the 20-foot range Zyter and Verizon are claiming. These two big claims by Verizon and Zyter — that up to six Dolphins fans can be scanned for fevers at such a great distance — defies belief, according to Ethan Ace, who leads IPVM’s video surveillance hardware tests. “Any time you measure multiple people or even have multiple subjects in the scene at once, you introduce additional fine differences which the sensor must interpret, whether they’re actively being measured or not,” explained Ace. “In our testing, this has resulted in an averaging effect, with subjects measured very close to the same temperature, even though they vary more widely when you measure them individually.”

According to the FDA, the proper use of thermal imaging systems requires cameras like Zyter’s to be finely calibrated for specific use in a room where temperature and humidity can be tightly limited, undisturbed by breeze or outside airflow, and away from sunlight or radiant heat. To say the least, this would be tricky to pull off in an open-air football stadium in South Florida.

Verizon spokesperson Richard Young told The Intercept that the company was conducting a “review” of the matter. “We are in the process of investigating and will take appropriate action. If applicable, the sanctions that you reference prohibit sales to the federal government, which are not at issue in the trial that has been conducted.” The State Department did not return a request for more information about the basis for the sanctions on Hope Wish.

Zyter is but one of many firms advertising coronavirus-detection thermal imaging to a public entering the second year of a global pandemic, and certainly not alone in presenting a techno-optimism about its products and their potential that borders on the pseudoscientific. Where federal and local governments continue to confusedly stumble from one public health gambit to another, their scared and beleaguered constituents may be tempted to look at thermal cameras as signs of progress and competence, or at least the appearance of such. Companies like Zyter and Verizon will see a chance to sell more rebranded cameras or rebrand a dismal next-generation cellular network as an epidemiological tool. While initiatives like this one may turn out to be merely useless, they also run the risk of creating a dangerously false impression of safety from infection: an approach benefiting Zyter and Verizon but not the coronavirus-wary public.

“In Zyter’s approach, you would probably get no less value from a random number generator,” said IPVM’s Healy. “I could be wrong if Zyter has revolutionized infrared technology, but that does not seem to be the case here.”

This article has been updated with a statement from Verizon that was received after publication.