Video footage has surfaced appearing to show smoke or steam rising from the Houses of Parliament in Westminster, as an… 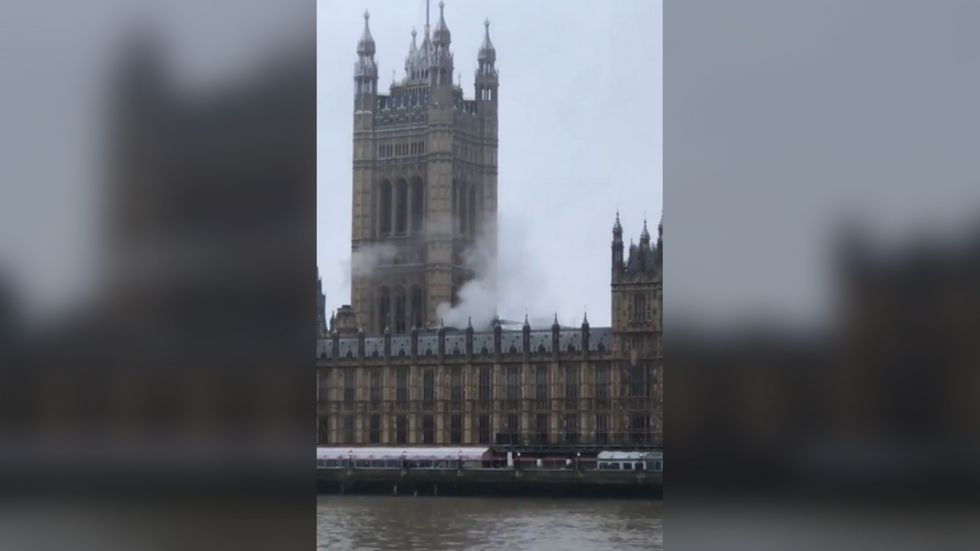 Video footage has surfaced appearing to show smoke or steam rising from the Houses of Parliament in Westminster, as an alarm rings out in the background. Firefighters have not yet confirmed that the building is in danger.

The footage, posted to Twitter on Sunday, shows thick white smoke or steam seemingly rising from London’s Houses of Parliament. Some kind of alarm can be heard over the video.

The London Fire Brigade has not acknowledged any emergency, and commenters on Twitter claimed the video showed steam, not smoke, rising from the building. Sources in Parliament told the Daily Express that it was “just steam,” but they did not explain the alarm.

Less than a month ago, firefighters were called to Westminster after smoke was seen billowing up from Parliament. The London Fire Brigade blamed that incident on “a generator starting up,” while Parliament said that the “smoke” seen coming from the building’s roof was steam, which is more visible in cold weather.