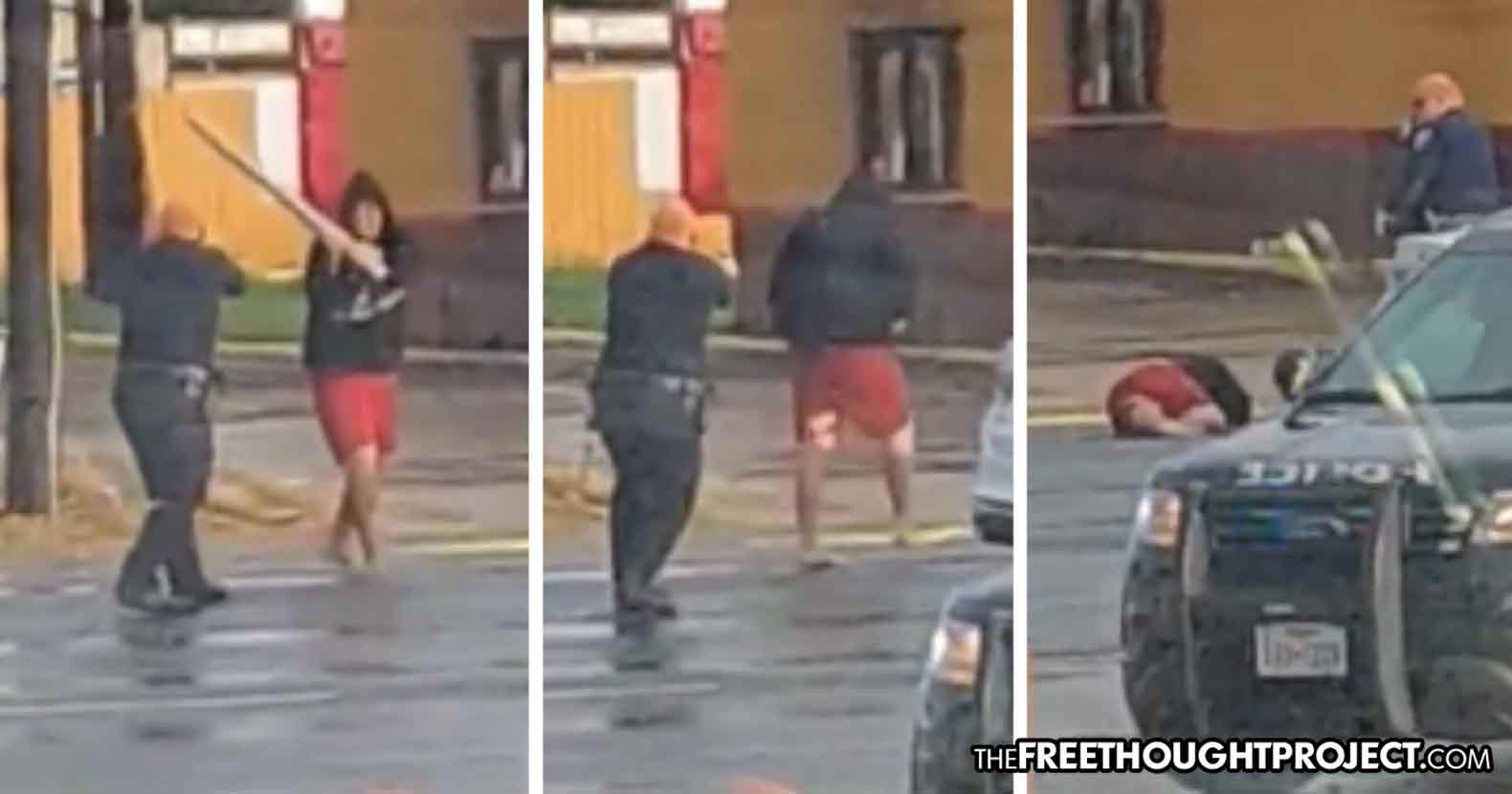 Corpus Christi, TX — A senior officer with the Corpus Christi Police Department shot a 24-year-old man who was wielding a pipe at the time of the shooting. The shooting was also captured by cell phone footage, leading to many asking why less than lethal force wasn’t first attempted.

Earlier this week, officer William Hobbs responded to a call of a suspicious man near the corner of Weber and Gollihar Roads. The call came in around 8am and Hobbs responded as the only officer on scene.

The gentleman turned and attacked the officer with the pipe…There were shots fired. The individual was struck and taken to the hospital.

From the cell phone footage a man can be seen taking what could be characterized as an ineffective swipe with the pipe at the officer. Even though officers are given batons, pepper spray, and tasers (presumably this veteran officer possessed such weapons), Officer Hobbs drew his firearm first and shot the individual several times. Luckily, the multiple shots fired into the man did not kill him. He was taken to the hospital for treatment.

Hobbs, on the other hand, was given administrative leave, a free vacation, while the investigation is taking place. It is reportedly his second shooting in which he has been involved in the line of duty.

Predictably, with the help of the local news media which has blurred out the actual shooting (we have the unaltered footage at the end of the article) the police appear to be sanitizing the story. While it is true the man took a swipe with a pipe at Hobbs, what is also true is Hobbs did not have to shoot at least four shots at the man. It also does not take a rocket scientist to see Hobbs had plenty of time to get out of the way of the pipe, disengage, and call for an officer trained to deal with someone with a mental illness. What’s more, it appears that Hobbs didn’t start shooting until after the man actually dropped the pole.

It has been reported the man did not have on any shoes and was wearing a hoodie, taking swings at cars as they passed by. To date, no person was reportedly harmed by the man’s insane actions. However, being mentally ill in America is often a death sentence once police officers get involved. So many of the officer-involved shootings on which we report occur when the citizen is having a break from reality, otherwise known as psychosis.

While Hobbs may be a career police officer, few who have watched the video have come to the conclusion the man deserved to die or be shot. On the contrary, many comments made by viewers have concluded there must have been a better way to handle the situation. Even though TFTP has a clear stance on police use of K9s, not even a dog was used to subdue the man, only another deadly weapon called a police issued handgun. No police officer should be incentivized to shoot citizens. No officer should be given a free paid vacation for shooting a person. That’s just representative of a system which needs serious reform.

Waters & Warren Threaten Bankers: Tolerate Those Who Overdraft Their Accounts!