Spread the love Anaheim, CA — In the summer of 2018, officers Sean Staymates and Kevin Pederson were filmed on… 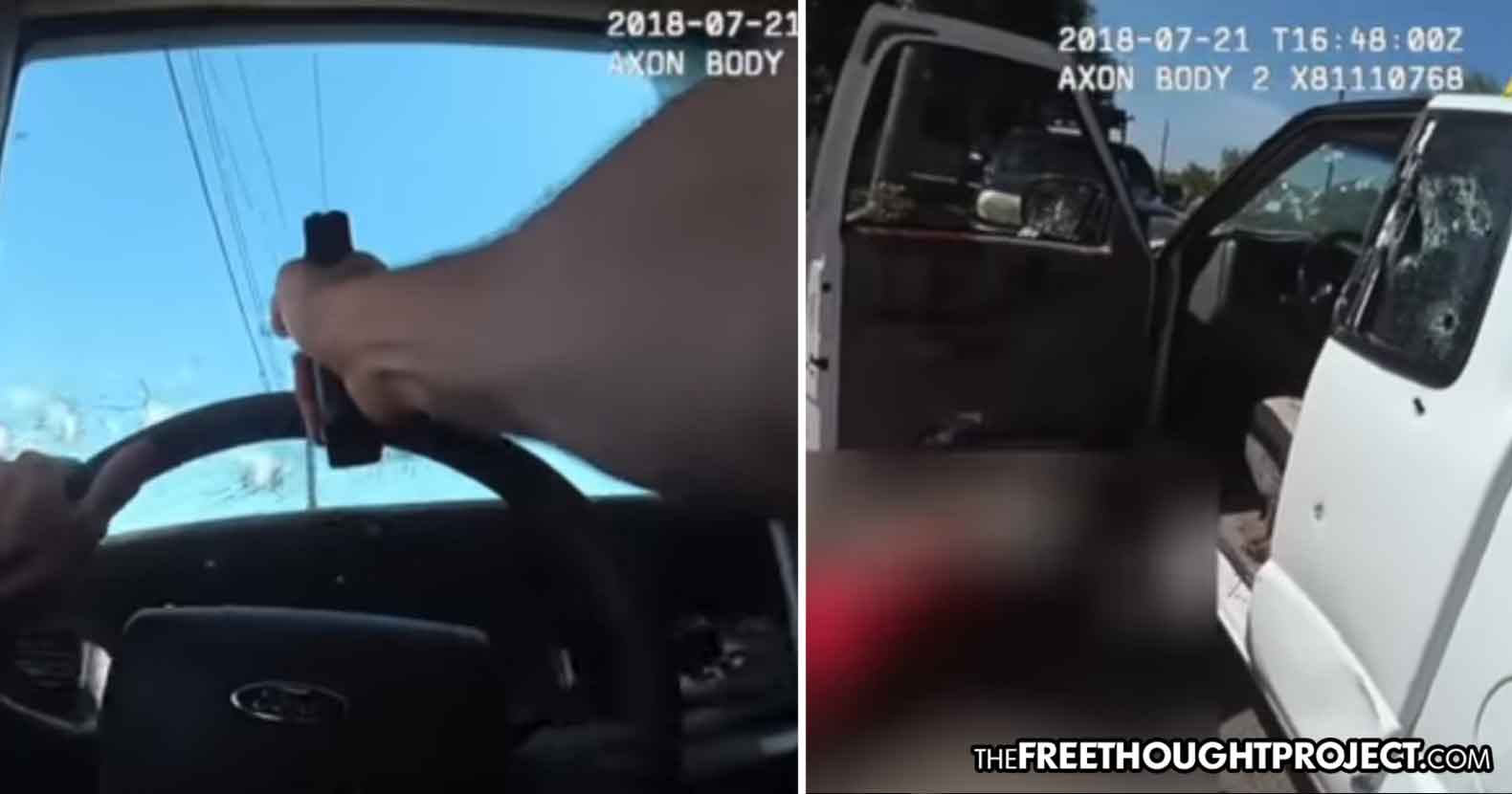 Anaheim, CA — In the summer of 2018, officers Sean Staymates and Kevin Pederson were filmed on their own body cameras in a wild pursuit in which they fired over 70 rounds at a mentally ill man, killing him. Eliuth Penaloza Nava, 50, was holding a BB gun, that looked real, according to police, while trying to get away from them. Now, because of the crazed actions of these cops, the taxpayers of Anaheim will be shelling out $ 2.9 million.

According to the OC Register, U.S. District Judge David Carter has signed off on the $ 2.9 million settlement between the city of Anaheim and Penaloza’s family members, according to federal court records. Officials representing the city, and an attorney representing the family, confirmed Thursday that the settlement has been approved.

“Any loss of life in our city is tragic, and our hearts go out to the family,” Anaheim Spokesman Mike Lyster said. “We hope this brings some closure.”

“The (officers) know better – It looked like Bonnie and Clyde,”Jerry Steering, one of the attorney’s who represented the family, said of the video footage. “Whatever danger (Penaloza) posed to the public that day was greatly exceeded by the dangers the police posed to the public.”

According to police, Nava’s family members called 911 and told them he was on some sort of drug “hallucinating” and acting erratically.

When Staymates and Pederson showed up to the scene, Nava was sitting in a truck parked in front of his parents’ house. Police then pulled out their guns and pointed them at Nava, demanding he exit the vehicle.

Not surprisingly, the hallucinating man did not comply and instead started the truck and drove off. According to police, it was at this time they observed Nava reach down toward the floorboard. Police then claim that Nava pointed what appeared to be a black semi-automatic pistol out of the window in the direction of the officers as he drove off. At no time did Nava discharge the firearm.

Although police thought the gun was real, it was actually a CO2-powered BB gun.

“It was black in color and extremely similar in appearance to an authentic 9mm Luger pistol. There was no orange tip on the gun, and no other markings to readily distinguish this air pistol from a real firearm,” said the report.

“Officers Pedersen and Staymates both feared Nava was going to shoot and kill them,” according to the report.

When the two officers initiated the pursuit, a scene resembling a Hollywood movie began to unfold as both cops begin shooting through their own windshield in their attempts to kill Nava. Pederson is seen reloading his pistol multiple times as Staymates tries to keep up with his AR-15.

Pedersen, who was driving, fired his handgun 64 times, according to the report. Staymates, who was on the passenger side, fired 12 shots from a rifle, the report said.

Out of the 76 shots fired, nine of them entered Nava’s body, killing him.

While the idea of firing through the windshield of a police cruiser may seem insane to many, apparently it is not against department policy.

“We highly discourage shooting through a windshield but our policy does not state that you cannot, there could be incidents or actions at times where that would be permissible,” Anaheim Police Chief Jorge Cisneros said during news conference at the time.

Despite endangering the entire town by driving down the road firing through the window to kill a man ‘armed’ with a BB gun, neither of the officers were charged with a crime.

“It is our legal opinion that there is a lack of sufficient evidence to show beyond a reasonable doubt criminal culpability on the part of Officers Staymates and Pedersen when they fatally shot Nava on July 21, 2018,” the Orange County District Attorney’s Office said in a letter to Cisneros, providing details of the investigation, according to CNN.

“Both Officer Pedersen and Officer Staymates were justified in believing that Nava posed a significant threat of death or serious physical injury to both officers and to others,” the letter said. Even though they weren’t charged, the DA’s letter called their conduct “alarming and irresponsible.”

As you watch the video below, remember that these cops could’ve caused a massive accident by shooting at a moving vehicle, shot an innocent bystander, or wrecked themselves from being unable to see through the window they filled with bullet holes. Reckless indeed.

He Who Does Not Obey, Shall Not…