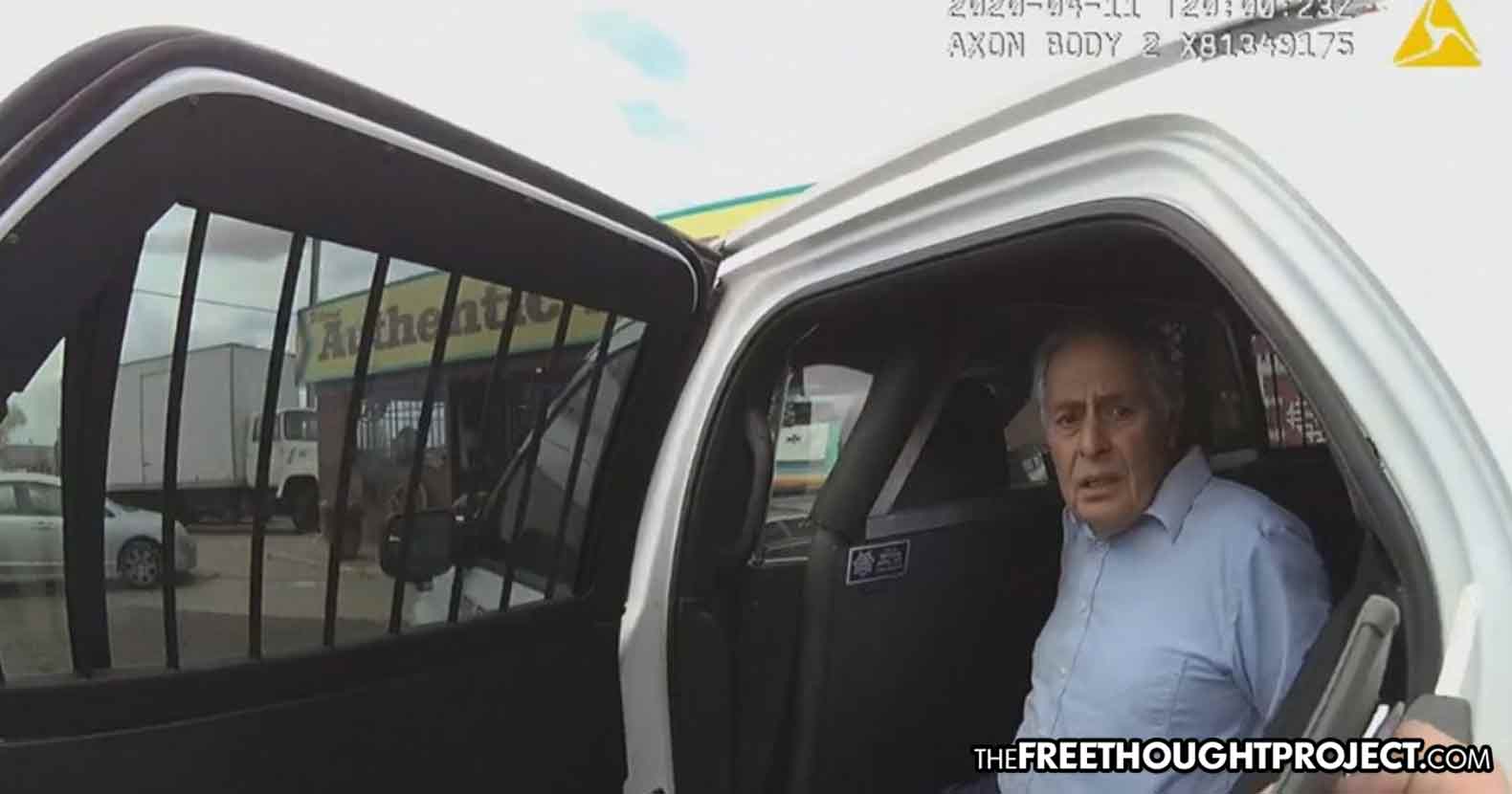 Winslow, AZ — For all intents and purposes, Native America trinket and souvenir dealer Daniel J. Mazon was attempting to comply with the closure of non-essential businesses in Winslow, Arizona where his roadside business is located. He got his business license changed on to read “Indian Department Store” in March. But that wasn’t enough for Winslow police to leave the 71-year-old man alone.

They continued coming by his business, even after he’d changed his business license, ordering him to close, and justifying it by saying they got calls from concerned citizens the elderly man was running a business which wasn’t essential. Mazon remarked:

Once again, after showing responding officers his new business license and declaring he is selling hay, food, and dog food, Mazon believed he had done all he needed to do to comply with the COVID-19 restrictions.

They put the cuffs on him, stuffed him into the back of a squad car, and gave the money from his wallet, which they’d seized, to his wife. She was so distraught she started sharing religious messages with the police who we presume would just say they were “doing their jobs”.

Unconvinced Mazon was an “essential business” one officer stated his store, based on his perception:

Does not qualify as a department store.

The elderly businessman accused the police officers of not understanding the law, violating his constitutional rights to be free from unreasonable searches and seizures, and to not be unlawfully arrested. He told the men:

In the end, Mazon stood his ground, and avoided arrest but he declared he was “close enough in compliance to your violation.” He also hinted that he would continue to run his business even though the detaining officer told him once again to “stay closed”.

Mazon wasn’t hurting anyone, was selling essential goods, and had attempted to comply by getting his license changed. Mind you, feed and seed stores were open, pet stores were open, and Mazon was simply trying to make a living by meeting the buying needs of the public during an epidemic.

Officers eventually relented in their pursuit to arrest Mazon, deciding to give him a citation, after all. Why other businesses can remain open (which are large department chains usually) and why small businesses like Mazon’s are forced to close remains a mystery to many Americans, actually spurring protests all throughout the United States.

Let’s be clear. Had Mr. Mazon attempted to resist arrest in any way, those police officers who presumably have elderly parents of their own, would have thrown him to the ground, and violently kidnapped the man away from his business and wife, all to enforce the dictatorial mandate of Governor Doug Ducey. It is becoming clearer with every passing day the basis upon which COVID-19 restrictions were put into place is starting to crumble.

While the pandemic is killing thousands of people, overall the virus is apparently not as dangerous as first suspected and continuing to deprive citizens of the right to work is leading to further chaos and needless confrontations with police. In Mazon’s own words to one of the officers who later returned his cell phone:

Are you worried about corona? It’s nonsense. It’s used to take over our country.

Someone give Mr. Mazon a medal for standing up for what he believes in the face of two badge wearing men with guns. Not only did he not get arrested, he showed everyone who wants to work during the so-called quarantine just how to attempt to legally do it. He got his business license changed to demonstrate he’s an essential business and he did not back down even when threatened with arrest. Mr. Mazon, we at TFTP salute you. Thank you for your service.