Spread the love Lufkin, TX — A Texas man was detained, pepper sprayed, and arrested in Lufkin, Texas for failing… 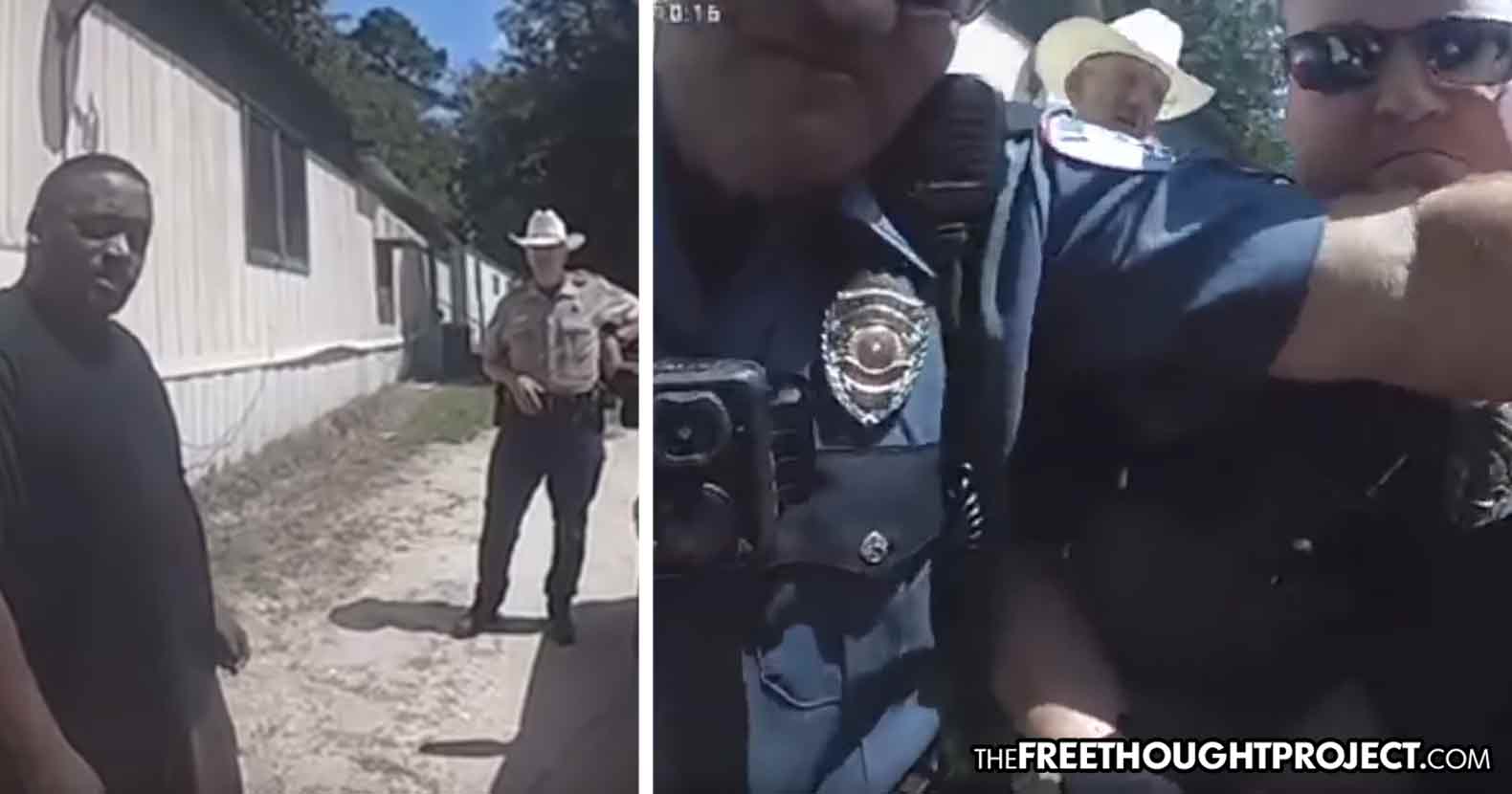 Lufkin, TX — A Texas man was detained, pepper sprayed, and arrested in Lufkin, Texas for failing to give officers his name and allowing them to search his car. The man who goes by the name “Cold Front” told online reporters he had gone to a local trailer park to pick up his cousin when neighbors reported him as a suspicious man.

PINAC News reported Cold Front observed the lady who allegedly called the police and kindly waived to her to calm her fears, but to no avail.

Once police arrived, they were prevented from arresting Cold Front because he had committed no crime. They feigned needing to pat him down for weapons so they could claim he was resisting arrest, and again escalated the use of force. They pepper sprayed him to validate their own claims he was resisting, and to be able to legally detain him so they could get his real name and run their databases for warrants, after which time he was then legally required to identify himself. He admitted to having several driving violations and did not want to go to jail.

After police arrived they began to investigate, asking Cold Front what he was doing in the area and where he “stays.”  Cold Front told them he was not a resident at the trailer park and that he was there to pick up his cousin but couldn’t get his transmission shifter out of park.

But when Lufkin police asked him what his name was he refused to give it. He stood his ground but was threatened with arrest for “failure to identify”. Instead of arresting him on a lawless charge (Texas is not a stop and ID state), they manhandled him, pepper sprayed him, and arrested him on attempting to flee charges because he asked why they were attacking him.

Those charges won’t likely stand up in court but the accompanying video is enough to demonstrate just what can happen to Texans who attempt to exert their rights by not offering up potentially incriminating evidence to be used against them in a court of law.

Cold Front was asked over and over to provide his name. The principal reason cops ask for this is to search a person’s name and determine if they have any warrants out for their arrest. The fourth cop arrived on scene in the third video, exited his vehicle, and put on his bully gloves. Apparently, he already knew he would be using them against the man he had yet to meet. As he approached, Cold Front told cops once again he was not the suspect of any crime, was “doing nothing wrong” and was only waiting on someone to help him with his vehicle’s gear shifter.

After cops went hands on with Cold Front, they then pepper sprayed him. Remember, the only complaint police had was he was not cooperating with their investigation, which is not a crime. They also said they were going to detain him for the non-crime and identify him. Once they went hands on, they shouted the thing they’re all trained to say, “stop resisting”, which almost always gets a reply from a suspect such as “I’m not resisting.” Cold Front insisted he was not resisting and had done nothing wrong, but was pepper sprayed nevertheless.

According to the person who uploaded the YouTube video, he was arrested on an “evading an arrest charge,” had to post $ 1,500 cash to bond out of jail, and is now awaiting trial. His cousin was also questioned and released. Because Cold Front was apparently unable to move his vehicle, a resident in the trailer park called police and reported him as being suspicious. That’s right America. This is what happens when you remain silent in a police state.

11 of the Most Memorable Acts of Civil Disobedience in History