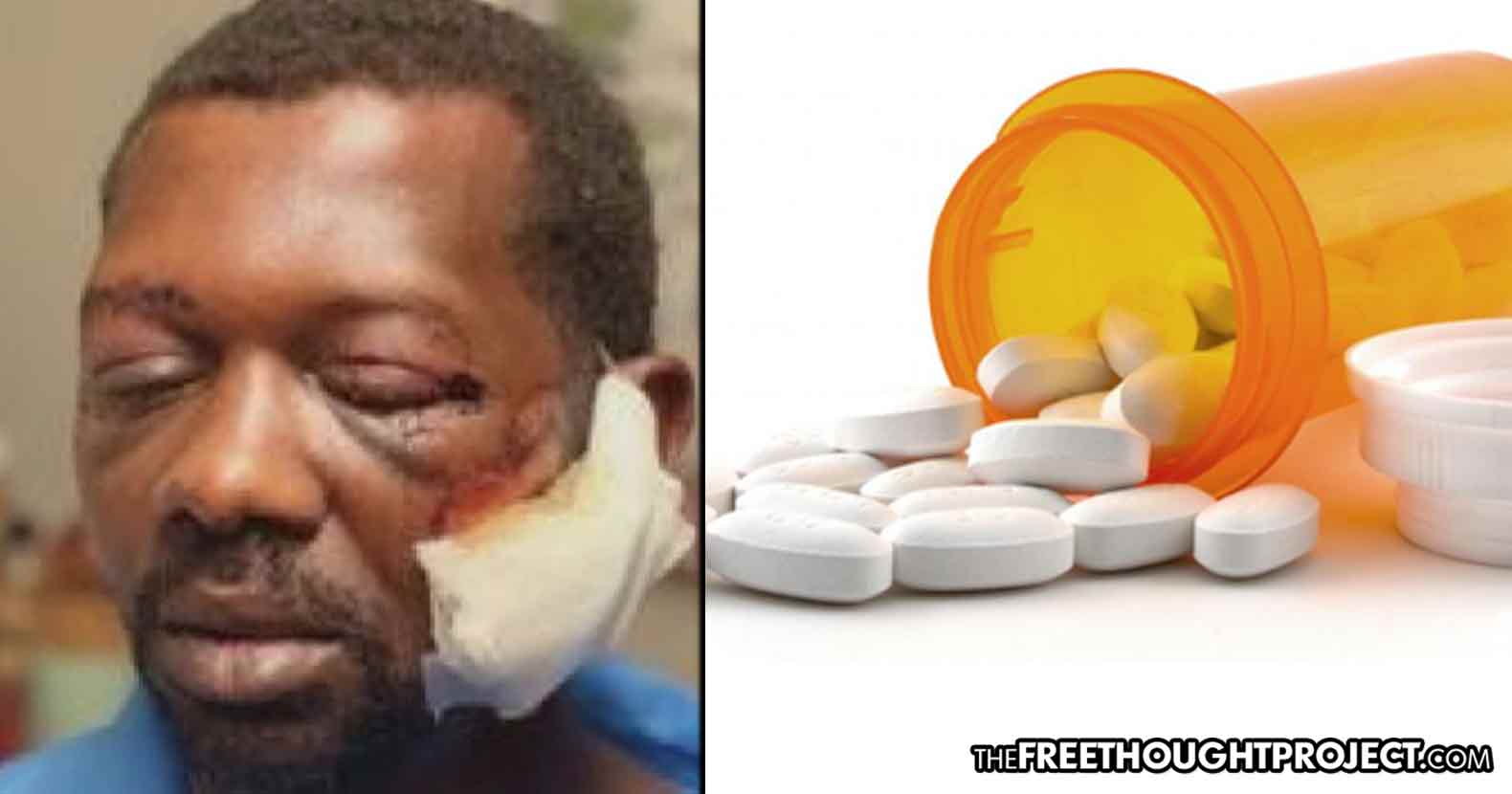 Baytown, TX — Baytown Texas police officers are under investigation following allegations of police brutality and unnecessary use of force after savagely beating a man for having antibiotics. Earlier this month, Kedrick Crawford was targeted by officers for merely looking “suspicious” in a gas station parking lot. When officers arrived, Crawford reportedly offered his personal information and allowed police to search his vehicle.

Crawford seemed to become agitated as the search proceeded. At some point during the police search he questioned why Baytown PD were searching so frantically to find evidence against him. One officer responded saying Crawford already gave them permission to search the vehicle.

“When am I free to go,” Crawford asked, to which an officer replied, “Whenever man!” Five seconds later, police escalated to what Crawford believes to be an unlawful arrest.

In what seemed like an instant, things took a turn for the worse for Crawford. He was told to turn around and put his hands behind his back — which he did. The arresting officer then told Crawford not to “tense up.” The man was then thrown on the side of his own vehicle and then taken violently to the ground, all the while repeatedly screaming “what did I do?”

As other officers got involved in the violent arrest, Crawford can be heard screaming “ya’ll are trying to kill me!” He was tasered over and over again. Also, a telescoping police baton can be seen in the officers’ body camera footage. Crawford received a large laceration on his face and bruising in what some police accountability activists could describe as government-sponsored torture.

According to a Baytown PD bulletin on the arrest, one of the officers found a baggie with pills inside. The officers believed it to be an illegal substance but Crawford later told reporters the pills were antibiotics he had been given for a spider bite he got. Crawford told reporters:

They don’t have an excuse to beat a man who’s in submission period. I don’t have a weapon.

Crawford was charged by Baytown PD with “assault on an officer” and those charges were accepted by the Harris County District Attorney, according to the Baytown bulletin.

But what is certain is had police not “investigated” Crawford for lawfully sitting in his car at a local gas station, nothing abusive would have happened to the man. He didn’t ask for police contact, was one-hundred percent compliant, and cooperated fully with the police, even allowing him to search his vehicle. He had committed no crime at all.

In fact, if Baytown PD could have charged him with a crime they would have charged him. They could only charge him for assault after one of their officers got scratched taking him into custody. And that’s precisely what is wrong with modern-day police officers who seemingly violate citizens’ rights on a daily basis over absolutely nothing.

The public does not have to accept police contact for being “suspicious” which is a highly subjective adjective. In other words, police can say anything looks suspicious to justify talking to the public.  Citizens should immediately question unwanted police contact with questions of their own. “What crime have I committed for you to be talking to me?”

And with as many stories as we’ve written about police officers planting evidence on citizens, consenting to a search of one’s vehicle also opens up someone to more charges by police as well as a potential beat-down.

It is no wonder that Facebook themselves has gone out of their way to silence those of us who attempt to hold police accountable.