Spread the love Tempe, AZ — A U.S. Army Reserves Translator was attempting to hurry to the hospital to be… 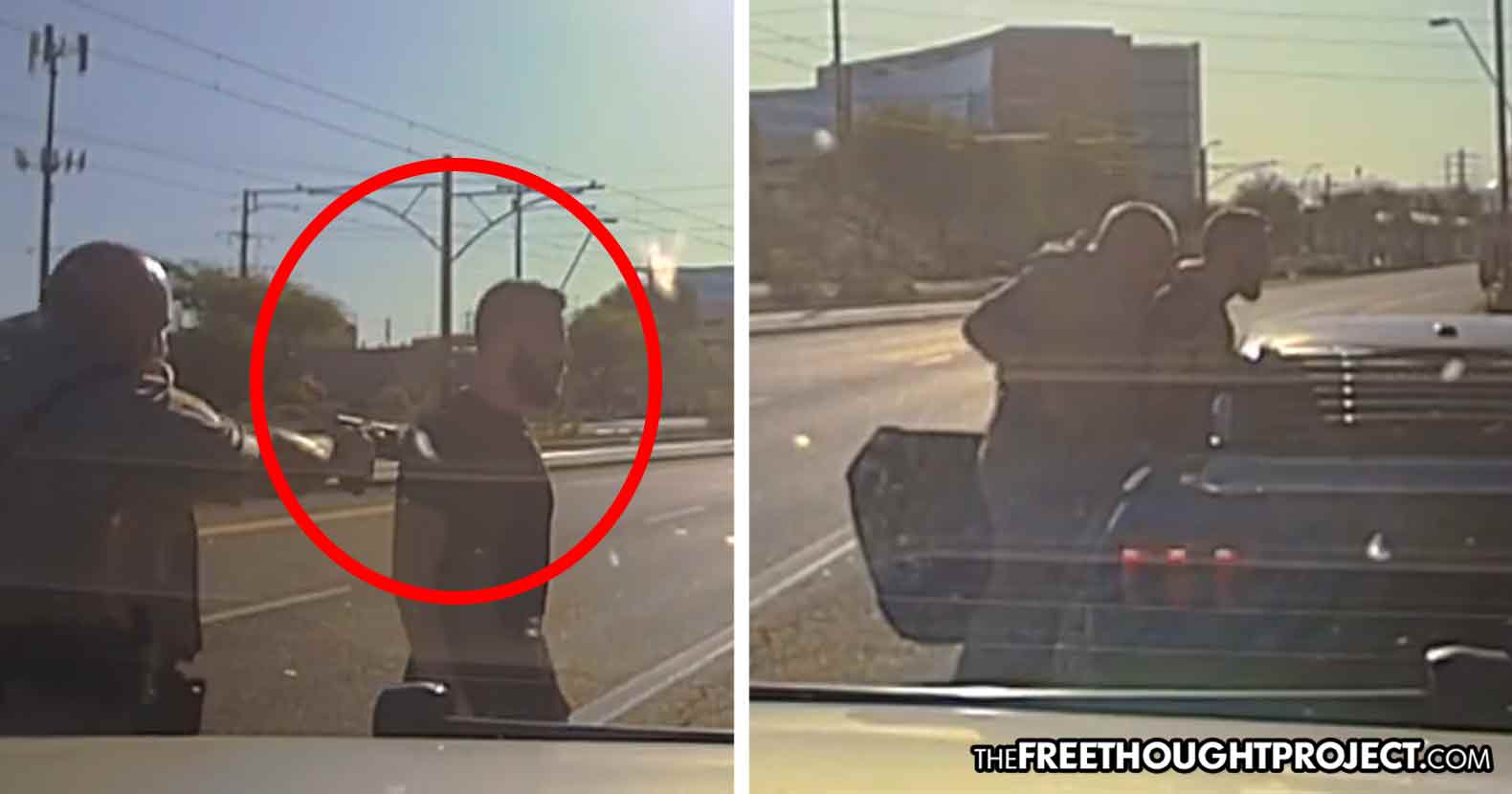 Tempe, AZ — A U.S. Army Reserves Translator was attempting to hurry to the hospital to be with his sick mother when Department of Public Safety (DPS) Trooper Brian Hillenbrand pulled him over. Mike Aldarraji admitted to AZ Family reporters he was weaving in and out of the high-occupancy vehicle lane in an attempt to get to the hospital quicker. However, his issue was with how much time the trooper took to write the ticket.

When Hillenbrand stopped Aldarraji one could say he was in no hurry to release Aldarraji to be on his way to his sick mother. In fact, the traffic stop lasted more than 9 minutes. Quite discontented with the speed at which the ticket was being issued, the Army translator kept getting out of his car, perhaps in an attempt to speed things along.

“I stepped out of my vehicle so I could show him my insurance,” Adarraji said.

“I have an emergency my mother is in the hospital; I have to rush to the hospital,” Adrarrji is heard saying in the DPS video.

“OK. Is she at the hospital now?” said Hillenbrand.

“Are you going to treat her, or is she being treated by the doctor?” the officer asked as he walked back to the car to issue the citation.

In some instances, as TFTP has reported, thoughtful troopers would provide an escort for a distraught citizen to get to the hospital to possibly say goodbye to a loved one for one last time. These days it seems, troopers are driven more by ticket quotas and policing for profit than consideration for the feelings of distraught motorists.

The first time Aldarraji got out off his car, Hillenbrand ordered him back inside his car. After the ticket was issued to Aldarraji, the man was insolent, hardly able to contain his emotions. He began cursing at the trooper and then made the poor decision to spit on the officer’s car.

Hillenbrand told him, “When an officer tells you to stay in the car. Get in the car right now. Was I using that same kind of language with you?”

Hillenbrand then lost it, one could say, drew his service pistol, and pointed it at the Army translator’s head, screaming and cursing all the while pushing the man back into his vehicle.

The confrontation ended with the trooper getting back into his vehicle and leaving but not before Aldarraji says the officer injured his wrist. He’s now consulting an attorney to determine if his civil rights have been violated.

DPS claims they investigated the incident and found no wrongdoing with the officer or his actions but AZ Family reporters interviewed former DPS officer Jesse Torres says Hillenbrand should never have pulled out his gun.

Torres claims Hillenbrand would have been prosecuted had that gun gone off accidentally. “What the officer should have done was backed up and headed away,” Torres said.

DPS has determined their trooper will not be disciplined for pulling a gun out on the man and threatening him in the manner he did. In other words it is now up to the courts to determine how much money in the form of taxpayer dollars Aldarraji will receive, if any, for getting the scare of his life.

The type of action displayed by Hillenbrand is not uncommon according to police accountability activists who see it all the time.

As TFTP once reported, a Grand Rapids Michigan police officer pulled his gun out and held five young children at gunpoint because they supposedly fit the description of suspects the police were searching for. It was probably the first time in their young lives anyone ever pointed a gun at them and it was an officer who did it to them for the first time, hopefully their last.

When will modern-day policing and police officers return to treating citizens as the tax-paying customers they are and offer customer service which does not come with the threat of a firearm?

Authoritarians Pretend To Know What They Do Not Know, and Cannot Know