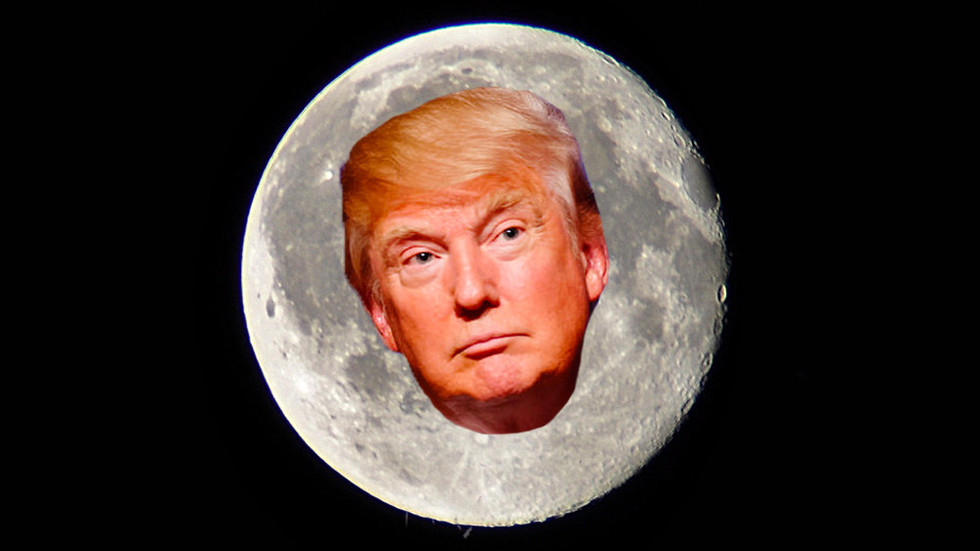 US President Donald Trump is the politician who British people would most like to see don a space suit and be exiled to the Moon to mark the 50th anniversary of the first lunar landing, a new poll reveals.

UK polling company Ipsos Mori surveyed more than 2,000 British people on which politician they’d most like to send to the Moon, with 45 percent nominating Trump to spend the rest of his life elsewhere in the galaxy to reflect on his time on Earth.

Topping the list of UK lawmakers who Brits most wanted to see the back of was Boris Johnson, the favorite to become Britain’s next prime minister, along with Labour leader Jeremy Corbyn, who were tied on 23 percent.

The thought of BoJo bumbling around the Moon’s surface attempting to find things in common to talk about with his compatriot Corbyn is a TV comedy just waiting to happen.

Also on rt.com Corbyn slams Trump’s ‘go back’ tweet as ‘racist,’ accuses BoJo & Hunt of pandering to US president

“The public has a very clear idea about who they want to send to the Moon,” said Ben Page, CEO of Ipsos Mori.

If ever such an event became a reality, Trump would hope that he didn’t find any native life on the celestial body, otherwise he could find himself on the end of a “Send him home” chant.