Boris Johnson has been lampooned for repeatedly recycling his Brexit slogan during a debate with Labour’s Jeremy Corbyn. Unfazed by… 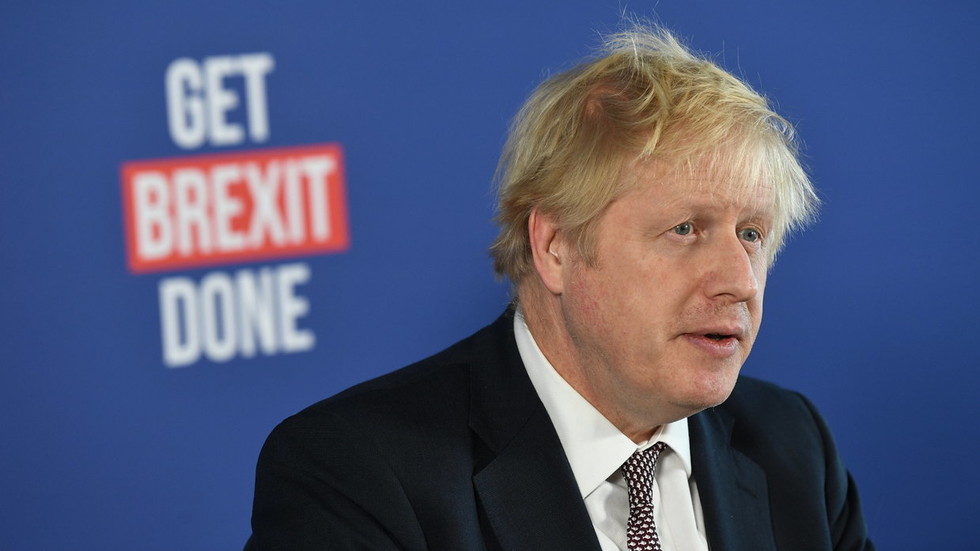 Boris Johnson has been lampooned for repeatedly recycling his Brexit slogan during a debate with Labour’s Jeremy Corbyn. Unfazed by his critics, the Tory leader has continued to flood Twitter with his polarizing campaign mantra.

The British Prime Minister locked horns with Corbyn during Friday’s BBC debate. While discussing a range of issues, Johnson often steered the conversation back to his rallying cry, “get Brexit done.”

According to the BBC, he used the slogan no less than ten times over the course of the evening. He somehow managed to work the pledge into almost every issue, including how rude behavior and threats in politics could be ended by – yes, you guessed right – “getting Brexit done.” In fact, he rolled out the phrase so many times that it reportedly began to trend on Twitter – albeit due to the tsunami of social media mockery.

I’m doing shots every time Boris Johnson says “get Brexit done”.Just kidding, NHS waiting times are so long that it wouldn’t be worth the risk. #BBCLeadersDebate

The lampooning has apparently had no affect on Johnson’s campaign strategy, however. On Saturday, the prime minister fired off a series of ‘get Brexit done’ tweets.

“Let’s get Brexit done and get on with making this country the best place in the world to live,” one message read. Another tweet suggested that “getting Brexit done” would help the UK secure a bid to host the World Cup in 2030.

Johnson will face off with Corbyn at the polls on December 12, in a snap general election which could decide the fate of Brexit, and deliver a clear mandate – or a crushing blow – to the Tories.

Also on rt.com One trick Tory? BoJo gets blasted on social media for ‘get Brexit done’ overkill