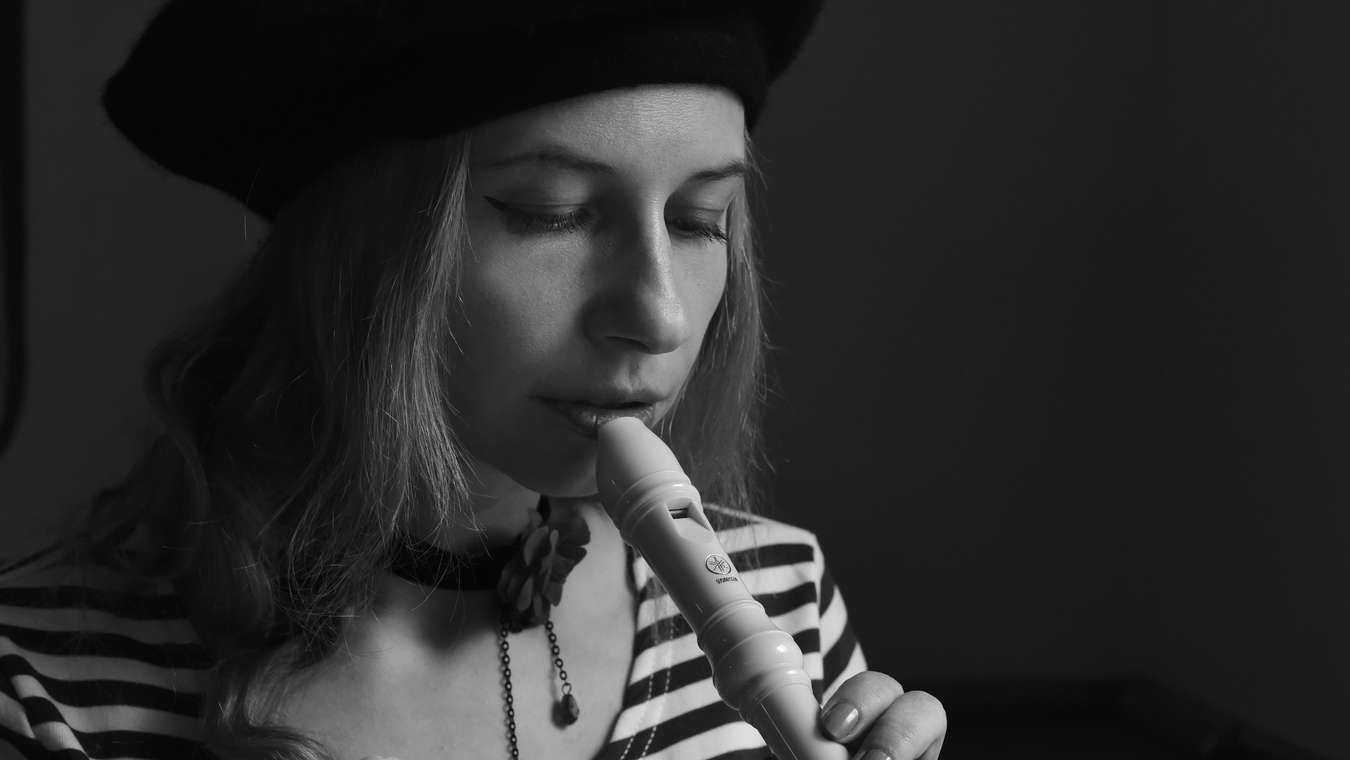 A quite innocent picture of a woman playing a recorder has been described as “suggestive” by a man who clearly has a mind like a sewer.

The picture, contained in the image library of satirical news website TheSpoof.com, was noticed by one of the site’s writers, Moys Kenwood, as he searched for a suitable accompaniment to one of his stories about the movie ‘Leon’.

Looking for something distinctively French, he entered ‘beret’ into the search field, and was presented with a choice of no less than 102 images. The ‘problem image’, as far as he was concerned, was, as it so often is, number 13.

With her lips pursed erotically, and eyes gazing downwards, she held between her caressing fingers the long instrument upon which she blew an ecstatic tune, and all in sensuous black and white.

It was absolutely disgusting, yet somehow tasteful.

It’s a well-known fact that the French are fond of ‘high numbers’ when frolicking, and that ‘playing the recorder’ is a very popular activity throughout France, just as playing the pink oboe is in Germany.

“After looking at the photo again, I can see it in a different light, but the first time made me ‘sit up straight’, I can tell you!”