In a misjudgement of humongous proportions, a man who, if he categorizes himself as being anything at all, classes himself… 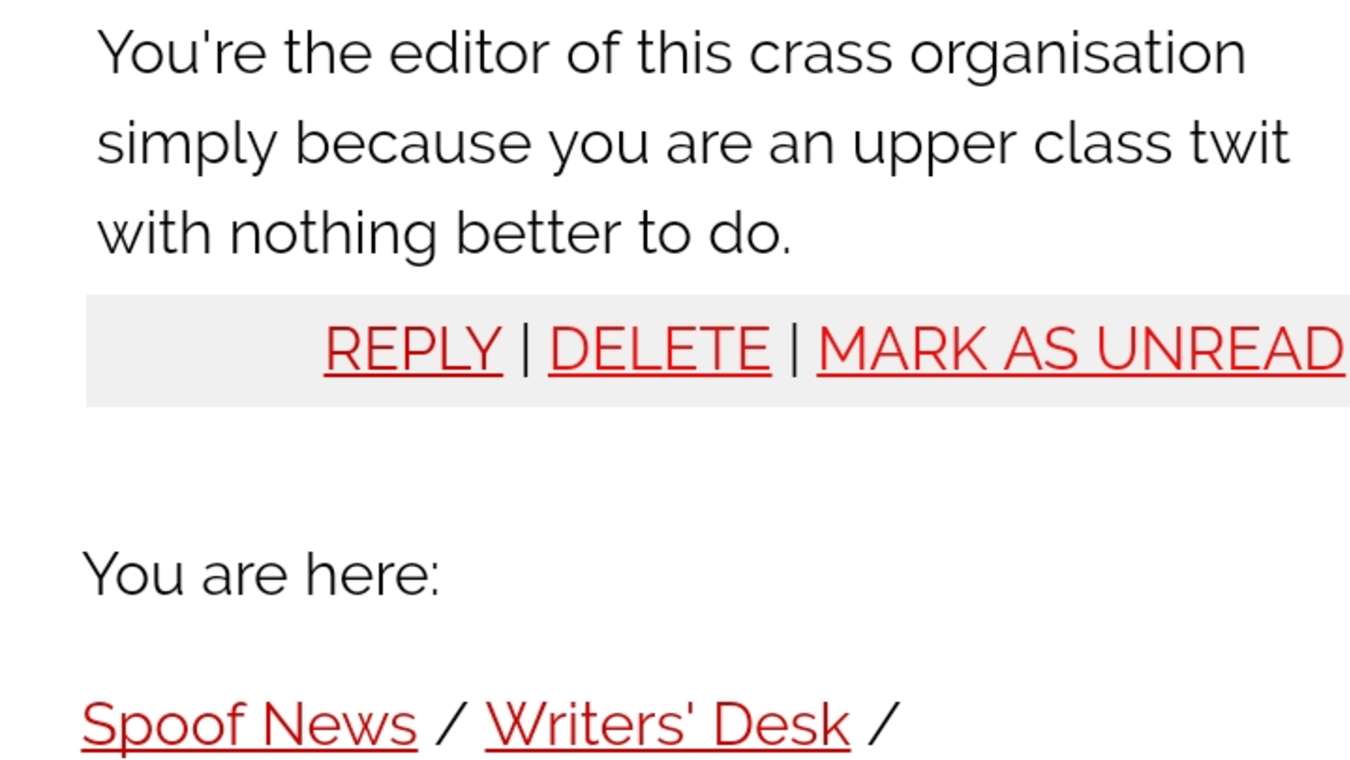 The accusation arose earlier today, as Moys Kenwood, 57, carrying out his ‘editorial duties’, became embroiled in a dispute with another gentleman on the satirical news website, TheSpoof.com.

The disagreement about the humor content – or lack of it – in a submission by the gentleman had not really come to any kind of a satisfactory conclusion, when, out of the blue, the latter lost his concentration, and – as well as his dummy – spat out:

“You’re the editor of this crass organisation simply because you are an upper class twit with nothing better to do.”

This was a crushing blow to the editor.

An unpaid ‘enthusiast’, Kenwood spends a certain amount of time, each and every day, wading through the detritus of other people’s imaginations, inserting omitted commas and full stops, correcting spellings, and trying to make sense of stories which often defy his best efforts.

“As I am frequently told, it’s not ‘The Washington Post’ or ‘The Onion’, but there’s no harm in being the best we can be. I try to make the site as presentable as possible, and to weed out the rubbish. So, to be criticized in this manner was almost too much for me to withstand. It’s very upsetting.”

Kenwood wondered, the organization being as “crass” as it is, whether or not the gentleman might decide to take his material somewhere that more readily appreciates it in the future.