NEW YORK — Per SEC filings, JPMorgan is set to offer a new kind of derivative stock that will allow…

NEW YORK — Per SEC filings, JPMorgan is set to offer a new kind of derivative stock that will allow its clients to invest in cryptocurrencies and other digital assets through a special vehicle that circumvents current federal restrictions on cryptocurrency investing. The finance giant will bundle the stock of a select number of companies, whose recent sizable investments in Bitcoin will represent the underlying derivative value of the novel stock types, much like subprime mortgages represented the underlying value of the instruments that brought the financial system crashing down in 2008.

Square, Inc., MicroStrategy, and NVIDIA Corporation, which makes the chips used by cryptocurrency miners around the world, will account for 68% of the basket’s market value. If approved, the structured note offerings will provide a way for more “risk-averse” investors to take part in the growing crypto and digital asset market. But not everyone is keen on the idea of one of the world’s leading financial services firms spearheading a cryptocurrency investment “gateway drug.”

Jeff Dorman, chief investment officer of the L.A.-based digital asset investment company Arca, called JPMorgan’s new product a “garbage portfolio” in a recent tweet. While valid in the sense that the profitability of the companies, which these instruments are attached to, has (currently) little to do with the cryptocurrencies themselves, Dorman’s criticism fails to account for the rise of impact investment markets anchored in the blockchain, an emerging investment model that seeks to fashion securitized debt instruments out of social and health problems.

JPMorgan has estimated that impact investments could yield up to $ 1 trillion this decade, representing potential profits of $ 667 billion. Meanwhile, forecasts by the International Finance Corporation (IFC) predict that more than a quarter of the world’s global assets under management will be tied to “some aspect of environmental, social or governance issues.” These, in turn, can reach the necessary scale required by global financial institutions only via the “transformations” enabled through the blockchain in order to meet the “innovative deal structures that accommodate the needs of impact investors and investees.”

By tying these new investment vehicles to a company like MicroStrategy, JPMorgan reveals the long-term vision behind these seemingly tentative first steps to bring a broader investor pool into the digital asset space. MicroStrategy is a business intelligence firm, helping companies like Apple develop their mobile apps since 2010 and “pioneering” a cloud-based analytics platform for Facebook – critical aspects of the digital asset ecosystems, which are rounded out by the payment processing/asset holding side courtesy of Square.

Likewise, NVIDIA’s inclusion in the “basket” denotes the seriousness of JPMorgan’s move, considering the chip-maker’s relevance to cryptocurrencies’ dependence on computational power and the ongoing restructuring of the semiconductor chip supply chain.

The only hurdle to full-on investment schemes seems to be the restrictions currently imposed on cryptocurrency investments by the SEC, which JPMorgan’s special vehicle manages to skate around. “What really needs to happen is that the SEC needs to provide some guidelines,” says Forbes crypto and blockchain advisor Jack Tatar, who insists that the world of finance, in general, must stop “denying [Bitcoin is] the best performing asset of the decade.”

George Soros, who recently invested $ 200 million alongside Morgan Stanley in a Bitcoin investment firm, certainly seems to agree, as all signs point to the inevitable reality that crypto has finally gone mainstream.

By the time the elusive Satoshi Nakamoto published the Bitcoin whitepaper in 2008, peer-to-peer sharing networks like Napster and Pirate Bay had been stared down by the authorities and all but forced to shut down their operations in what marked the end of the internet’s glory days of free flowing information and content.

Lasting just over a decade, the adolescence of the internet produced a generation of cyber rebels who took pride in making copyrighted content – from books to music – freely available through these peer-to-peer networks, and formed the basis of what we now call the “dark web” and the scaffolding upon which forums like Reddit and 4-Chan were built.

Bitcoin galvanized many within this particular virtual demographic, who saw the cryptocurrency – and its underlying blockchain technology – as the ultimate firewall between them and the government. For years, the narrative that Bitcoin was the money of the people, beyond the reach of the taxman, was furiously promoted by adherents and almost always tied to quasi-patriotic rhetoric and libertarian notions of economic “freedom.” 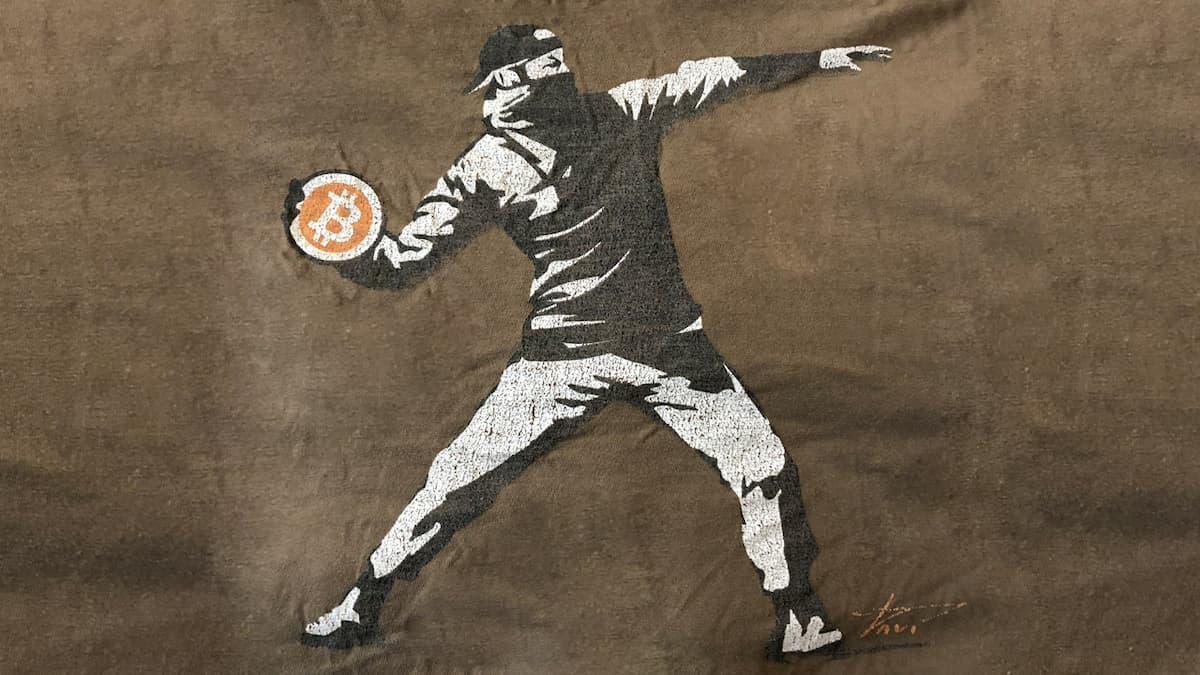 The far deeper roots of blockchain — going as far back as the 1970s with the development of asymmetric key cryptography systems, upon which all blockchain technology is based — were largely ignored by most fans of Bitcoin. So too, was the fact that among the “revolutionary” technology’s first adopters were none other than the Winklevoss twins — who also happened to be the initial investors of Facebook, which arose almost simultaneously.

Banks and financial institutions have been on top of the Bitcoin and blockchain phenomena from the beginning and have slowly effectuated the changes that are just now allowing for the full flourishing of the new capitalist paradigm of a data-driven, blockchain-based economy to come online. Emerging in tandem with the controlled demolition of the old financial system, which took place the same year “Satoshi” released the Bitcoin whitepaper, the socially-awkward chat-room geeks who first pushed the cryptocurrency can now be cast aside as the once obscure ‘art’ of cryptocurrency mining goes “truly global.

Perhaps no better signal that digital assets are now ready to be fully implemented as a core pillar of the economy is the highly-publicized sale at auction for $ 69.4 million of a digital art piece by an artist known as Beeple, which was purchased as a so-called non-fungible token (NFT).

NFTs are, in essence, certificates of authenticity that exist on the blockchain — cryptographically verified assets tied to a “smart” contract which, as in the case of the digital nature of Beeple’s work, may also contain the artwork itself.

The non-fungible token “craze” has been making the rounds on mainstream entertainment media for a few weeks now as the concept is introduced to a broader public. Rock band Kings of Leon made the news earlier this month by announcing it would release their next album as an NFT and the topic has been on the lips of popular YouTube podcasts like “The Tim Dillon Show” and others.

Beyond the flashy, attention-grabbing headlines boasting of overnight millionaires of the new digital space, there are more substantial signs that we have entered into a brave new world where the analog world many of us grew up in is being completely replaced with digital counterfeits.

Startups like Securrency, which “enables the programming of rules, conditions and compliance safeguards into the crypto assets,” represent part of the strict, inflexible digital enclosure currently being built around us, where pre-programmed laws and algorithms determine what our choices are and how we can interact with one another in the marketplace and, increasingly, in society itself.

Dan Doney, Securrency’s CEO and co-founder, dispels the notion that Bitcoin or any other cryptocurrency is beyond the reach of governments: “In the end, anyone who figures that governments are going to turn away and not intervene is just flat out wrong,” Doney says of suspicious Bitcoin transactions.

The former NSA, DHS, FBI agent and the Defense Intelligence Agency’s former Chief Innovations Officer is bullish on the future prospects of his company’s success. After all, blockchain allows debt to be priced automatically and “therefore much easier to become liquid in this market…So, this is where the market’s already going [and] very quickly.”

At the end of the day, a programmatically-enforced marketplace through the use of cryptographic technology the vast majority of people cannot access, much less understand, takes away our power to set the terms of the deals we choose to make in our lives. Instead, it hands virtually all power over to the hedge funds and other entities, who have the ability to control these systems by virtue of their ownership of the data that is being collected day-in and day-out through the numerous data funnels placed all around us.

Worse still are the ultimate designs to convert human beings themselves into the next digital asset through the rise of impact investment markets, which the widespread adoption of cryptocurrencies will only accelerate, preparing the groundwork for a fully digitized existence.

The Unfinished “Coup”: the End of the Netanyahu Era and the Political Earthquake Ahead